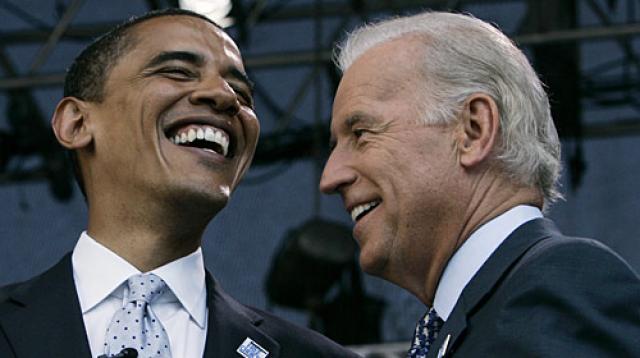 Barack Obama has officially named Senator Joe Biden of Delaware as his choice for his Vice Presidential running mate. There was much speculation as the day went on, many in the media offering up such names as Chet Edwards, Representative from Texas, Senator Evan Bayh. Some had even speculated that Obama might just tap Hillary Clinton for the VP slot, however, that was considered a long shot.

Senator Joe Biden was on of the candidates seeking the Democratic Party’s nomination for their candidate for President. Most notably during a debate hosted by MSNBC Senator Biden exclaimed that, “Rudy Giuliani was the most under-qualified man to lead the United States since George Bush.” Biden further went on to say that, “Rudy Giuliani only mentions three things in a sentence, which are a noun, a verb, and 911.” Indeed it was a classic moment in the history of this Presidential cycle and maybe the best quip in the history of debates.

Senator Biden is well known in government circles as being very strong on Foreign Policy and will be a definite asset to the Obama campaign. Senator Joe Biden is a very well spoken and well versed politician that has a powerful personality that just commands respect. I am not a Democrat, I simply call them as I see them, and Biden was a fine choice for Obama. Both Senators share the same belief that the United States should not have gone to war with Iraq and are very critical of the Bush administration and its policies.

One of the statements made by Senator Biden during the aforementioned debate that I can whole-heartedly agree with is that he would completely shut down the toy imports from China due to toxic chemicals being used in their construction, whether it is lead paint, or other chemicals which are known to be harmful to humans. This is a tough stance on the subject of China but I must agree with the Senator that it is one that we must not ignore.

One thing is for sure, John McCain must pick a running mate that is at least as half as strong as Joe Biden if he wants to have any chance in this campaign cycle. I am sorry but I just had a funny thought and I must share it with you, I was just thinking what if McCain were to choose Hillary Clinton as his Vice Presidential nominee. Wow, now that would make for a very interesting election cycle. The insanity of it would be spoken about for the rest of all time, well, at least the next couple of decades.

Filed under: Politics, US
Share Tweet Pin G Plus Email
previous article: Messi’s magic and Angel finished clinched Olympic Games, Beijing 2008 Gold medal
next article: The Five Types of Artificial Sweeteners: Their Benefits, Risks, and How They Compare to Sugar