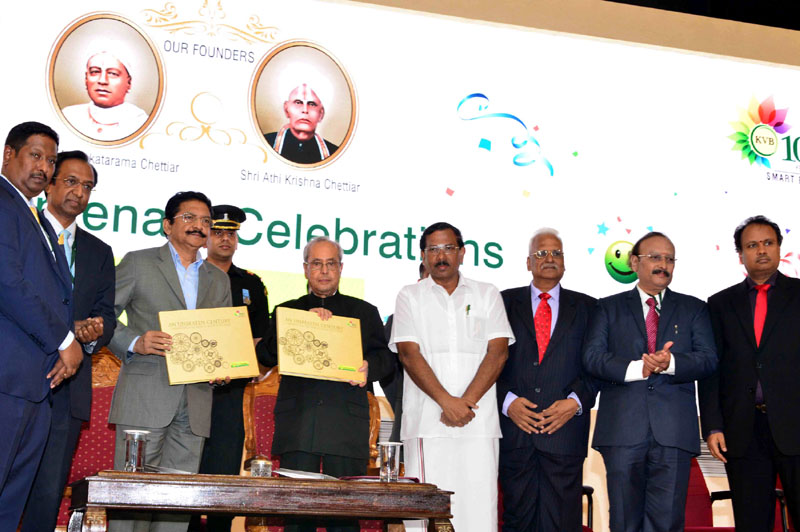 The President, Mr. Pranab Mukherjee at the Centenary Celebrations of the Karur Vysya Bank, in Chennai, Tamil Nadu on September 10, 2016. The Governor of Tamil Nadu and Maharashtra, Mr. C. Vidyasagar Rao and other dignitaries are also seen.

Need For Credit Expansion In A Growing Economy

Chennai (PIB-GR-TYP-BIN): The President of India, Mr. Pranab Mukherjee participated in the Centenary Celebrations of Karur Vysya Bank at Chennai

The aggregate provisions made by all scheduled commercial banks have consequently increased from Rs. 73,887 crores for the year March 2015 to Rs. 1,70,630 crores for the year ending March 2016. As a result, resources available for credit disbursement by commercial banks has been affected and is not in a desirable situation. There is need for credit expansion in a growing economy like India. Overall, the Indian banking sector has done well, especially during the financial crisis, and he would like to congratulate them. However, they must remain prudent about the situation of NPAs.

The President concluded asking Bankers to always remember that they were trustees of the depositors’ money. It was their sacred responsibility to protect the money of those who have reposed their trust in them.