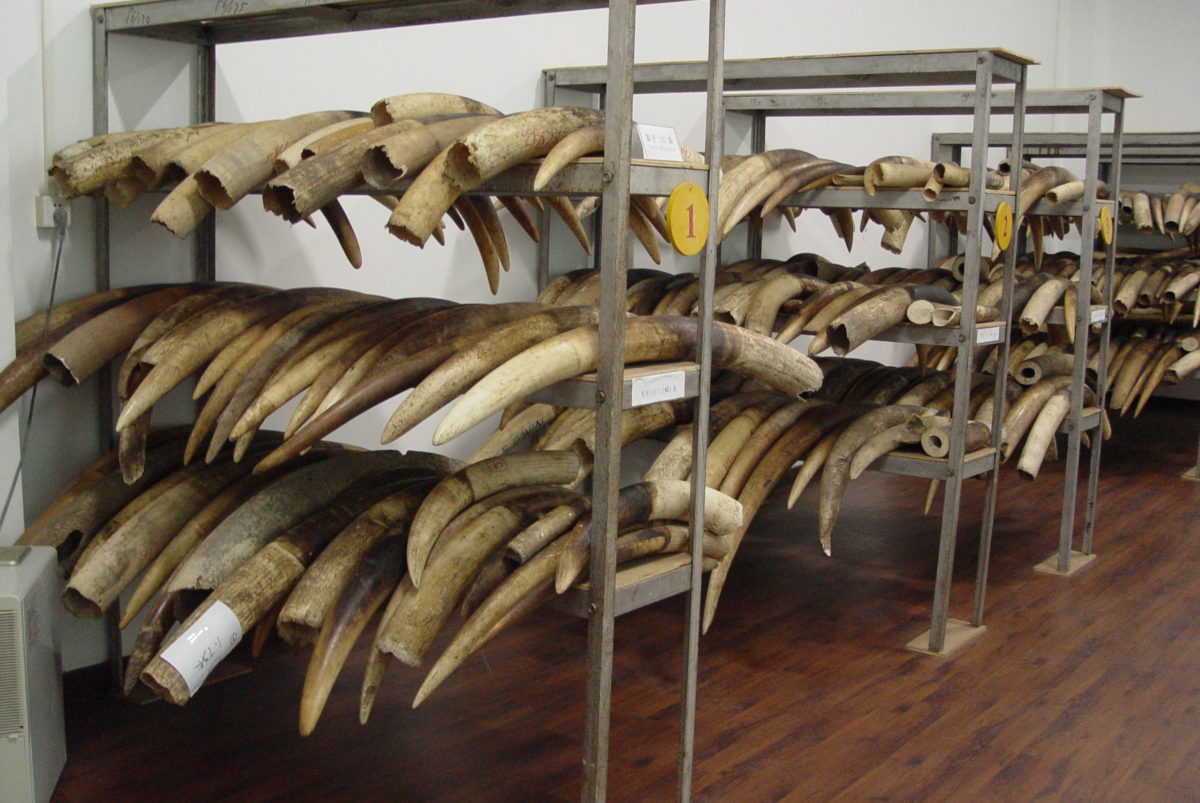 It’s estimated that in the last century we have lost 97 percent of the world’s tigers. In just the last 13 years there has been a 76 percent decline in the elephant population. Last year alone, there were over 1,200 rhinoceros killed. Each of these animal populations are being severely depleted in large part due to illegal wildlife trafficking, an issue that our own government has recently announced it is taking on in an effort to combat the problem. Now, people have the opportunity to learn more about the world of illegal wildlife trafficking at a new exhibit, called “Ivory, Tortoise Shell, & Fur: The Ugly Truth of Wildlife Trafficking” at the Crime Museum, located in Washington, D.C.

“Illegal wildlife trafficking is an issue that we should all be concerned with,” states Janine Vaccarello, chief operating officer of the Crime Museum.  “The manner in which these poached animals are killed is horrific.  If we educate the public on this cruelty, maybe consumers will stop purchasing goods like ivory earrings or tortoise shell necklaces.”

By collaborating with the U.S. Fish & Wildlife Service and other amazing partners, the Crime Museum is able to offer the Wildlife Trafficking exhibit to the public. It’s estimated that the illegal trade market for wildlife products is around $20 billion annually. Being so profitable, it leads many people abroad to illegally kill animals for particular parts that they can sell on the black market. The items being traded include tiger bones, elephant ivory, bear and fish bladders, rhinoceros horns, sea turtles shells, and more.

Many of these products make their way to the American consumer, as well as other foreign shoppers. Many people do not realize when they purchase things made from ivory or turtle shells that the animal has been illegally poached for that purpose. Products readily available made from such harvested items include Asian medicines, wall hangings, trinkets, sunglasses, hair clips, jewelry, statues, and more.

Recently, the Obama administration announced a plan to crack down on illegal wildlife trafficking. Using American intelligence agency power, they will help locate those who are profiting from the illegal trade. The president also called it an “international crisis.” Even Prince William has come out and publicly condemned illegal wildlife trafficking, saying that it “…erodes the rule of law, fuels conflict and may even fund terrorism.”

“The ‘ugly truth about wildlife trafficking’ is that by purchasing certain products people are contributing to the killing of endangered plants and animals, helping invasive species and diseases spread around the world, and supporting the actions of criminal networks threatening the security of many nations.  But all is not hopeless,” says Jennifer Sevin, President, Youth Environmental Programs, Inc. “There are innovative tools and techniques being implemented, such as those highlighted in this exhibit, by agencies and organizations tirelessly working to combat this illicit practice.  We hope that visitors of the exhibit help reduce the demand and take action to stop wildlife trafficking.”

The Wildlife Trafficking exhibit will be at the Crime Museum from June 2015 through February 2016, giving people an opportunity to see if they are contributing to the problem, and how they can help. The Crime Museum also offers a variety of other temporary and traveling exhibits, summer camp programs, walking tours, educational hands-on exhibits, and more. For more information to purchase tickets, visit their site at www.crimemuseum.org.