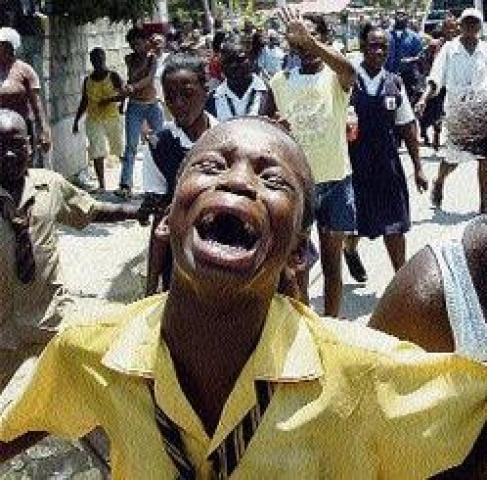 The murder toll for the number of persons brutally killed in Jamaica as jumped past the 700 mark.

A 16 year old girl was among 13 persons killed and a cop among 7 persons who were shot and injured in what was another bloody weekend.

The teenaged girl, Rodrique Duncan and her boyfriend, 25-year-old Junior Jarrett, were said to be engaged in an argument early Sunday morning at Paradise in Norwood, St James when a gang of gunmen attacked and shot them repeatedly. Both is said to had died on the spot.

Rodrique Duncan and Junior Jarrett were not the only ones to face the gunmen. A 52-year-old man who was standing nearby was also shot and injured. He is said to be in stable condition in hospital.

The couple was among four persons killed in separate incidents in St James between Saturday and Sunday. The two others have been identified as 45-year-old Devon Cain of Salt Spring and Sean Campbell, otherwise called ‘Bess’, a 34-year-old shopkeeper of Paradise Crescent in the parish.

Police said explosions were heard coming from a Toyota Corolla motor car Cain was driving along Orange Street just after midnight Saturday. The car crashed into another vehicle and a man was seen running from the scene. Cain, suffering from bullet wounds, was later found slumped over the car’s steering wheel. He died at hospital while being treated.

Six hours later the second murder took place. Residents reported hearing explosions and saw two men armed with guns running from Campbell’s shop. The men then turned their guns on a woman who was travelling in an Isuzu motor truck and shot her.

Tragedy strikes again. On Friday, three carjackers were killed and a policeman injured after a shootout at the intersection of Dyke Road and Grange Lane, in Portmore, St Catherine.

Police say the men robbed a motorist of his car in Caymanas Gardens. The car was spotted and intercepted about 5.30 that evening. The occupants reportedly alighted from the vehicle with guns blazing and the police said they returned the fire, hitting the three men. It was afterwards discovered that the lawman had been shot.

A Taurus pistol with seven 9mm cartridges was seized. The four injured men were taken to the Spanish Town Hospital where the three robbers were pronounced dead and the lawman treated and released.

It is not known if the fourth occupant of the vehicle who escaped was injured.

One of the dead men has been identified as Khamana Williams 26, of Gregory Park, St Catherine. The two other men have not yet been identified, police said.

Police also report the murder of Carlton Plummer, 58, otherwise called ‘Ras Michael’ of Hartland district, St Catherine, who was shot and killed in the community on Saturday afternoon.

Police said Plummer was at a shop in the community when a silver motor car drove up. Three men alighted from the vehicle and opened fire, killing him on the spot.

Filed under: Opinion, World
Share Tweet Pin G Plus Email
previous article: Suu Kyi’s Supporters Appeal For Her Release
next article: Scientists To Bring Issue of Climate Control Back To This Year’s G8