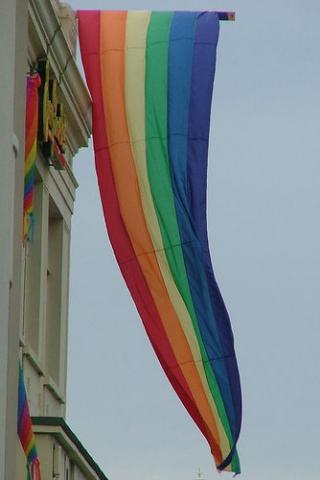 As if the issue of abortion rocking the nation and the Jamaica born arrested in Orlando International Airport on Tuesday April 1 for possession of explosive devices is not enough to keep the Jamaica Government ‘wetting in their pants’, they are now facing treats from a leading human rights organization, Eagle Canada, and the Metropolitan Community Church, supporting the rights of gays and lesbians. The groups gave the Jamaica Government a May 12 ultimatum. The group is threatening to boycott of goods and services from Jamaica and preventing Canadian tourist to going to Jamaica. The group is also threatening to have Jamaica suspended from the Commonwealth for human rights abuses. The group is expected to make a public announcement on the International Day Against Homophobia on May 17. Jamaica, brand as the leading homophobic nation in the region came under treat when Jamaica’s consul general in Toronto, Anne-Marie Bonner, receive a letter from the Canada based groups in which spokespersons from Eagle Canada, Helen Kennedy and Akim Ade Larcher and Reverend Brent Hawkes of Metropolitan Community Church made know their concerns, they also met with the consul general last week. The groups want the Jamaica Government to denounce homophobic violence through a public announcement. They also want a national homophobic education campaign, the repeal of the buggery laws and other legislation that stigmatize, discriminate and criminalize consensual the coming together of members of the same sex. The groups is also asking for an education campaign to help the Jamaica Constabulary Force (JCF) in dealing with cases of lesbian, gay, bisexual, and trans-identified persons and their families across Jamaica. They are also calling for the Government to put in place polices to protect human rights and the inclusion of sexual orientation as a ground for non-discrimination in the Charter of Rights and Freedoms act. They further stated that they want Canada-CARICOM 2008 Summit to include human rights for lesbian, gay, bi-sexual, and trans-identified people. They are also planning to call lesbian, gay, bi-sexual and transsexual community, international, to support the stand. All eyes are now Jamaica; will the Government yield to their demands? Are will the Government say no to their demands and suffer the consequences? Only time will tell, but one thing is for sure, whatever decision is made by the government by May 12, Jamaica will still feel the effects and it will shape the future of Jamaica landscape forever.