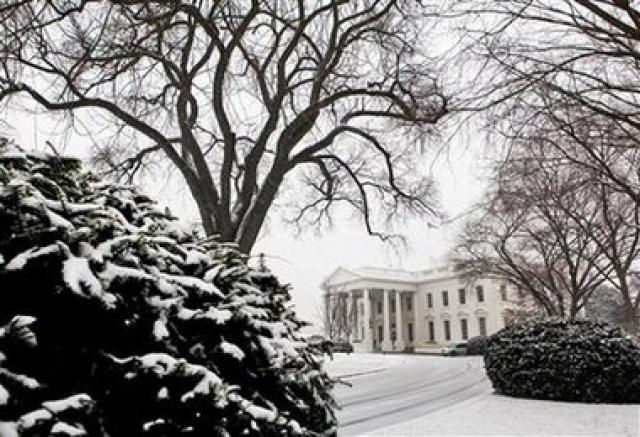 It’s been called "the snowdown", Al Gore has arrived to testify in front the Senate Foreign Relations Committee on Climate Change in a wintry Washington just as the scientific justification for global warming appears to have abruptly slipped away on the icey slopes of Capitol Hill  – just ask one of his ex-advisors.

These are the words of NASA scientist John. S. Theon, who until his recent retirement was responsible, on behalf of the American people, for funding Al Gore’s environmental guru’s work, and evaluating the results of his science.

Man in the muddle: James Hansen

The news puts the spotlight back on the credibility of James Hansen the chief climate scientist at the Goddard Institute of Space Studies (GISS).

Since 1988 he has urged policymakers to fight global warming and is considered one of the ‘brains’ behind Al Gore’s widely distributed, Oscar-winning film "An Incovenient Truth", which publicised the man-made theory of global warming to the mass audience.

James Hansen is described by Theon in a press release published on 27 January, 2009 on James Inhofe’s Senate EPW blog, as the man who "was never muzzled".

In the name of fighting global warming, James Hansen, a government employee, has become notorious for activism as much as science.

He has given over 1,400 media interviews on global warming and has used his NASA seat for political advocacy – for example his calls for the heads of oil firms to be put in jail and for the vandalism of coal-fired power stations.

Al Gore, joined to the hip with his advisor on these very activist statements, now finds  public confidence in James Hansen’s climate statements based on models used to predict global warming undermined by a former superviser.

According to Theon the climate models have not yet actually predicted anything: they are "useless" because they "replicate poorly or completely omit" key natural processes.

Even more damming for the scientific career of James Hansen, not least the political agenda Al Gore seeks to promote, Theon suggested global warming was in fact man-made – in the sense of being cooked up, and that the scientists have covered up their fudge.

Theron may be best quoted a length saying –

“Furthermore, some scientists have manipulated the observed data to justify their model results. In doing so, they neither explain what they have modified in the observations, nor explain how they did it. They have resisted making their work transparent so that it can be replicated independently by other scientists. This is clearly contrary to how science should be done. Thus there is no rational justification for using climate model forecasts to determine public policy,”

For global warming skeptics the announcement  from James Hansen’s former supervisor means the fudge of global warming is out of the freezer just at the wrong time.

Al Gore, sitting in front of the Senate Panel pushing his "We Can Solve it" initiative on behalf of the Alliance for Climate Protection, will be seen to have his hands all over the fudge.

It remains to be seen if Al Gore, the consumate politician, can lick the fudge off his fingers.

Filed under: Health & Science, World
Share Tweet Pin G Plus Email
previous article: The Bushies Are Criminals. Why Not Prosecute Them?
next article: Read To Achieve