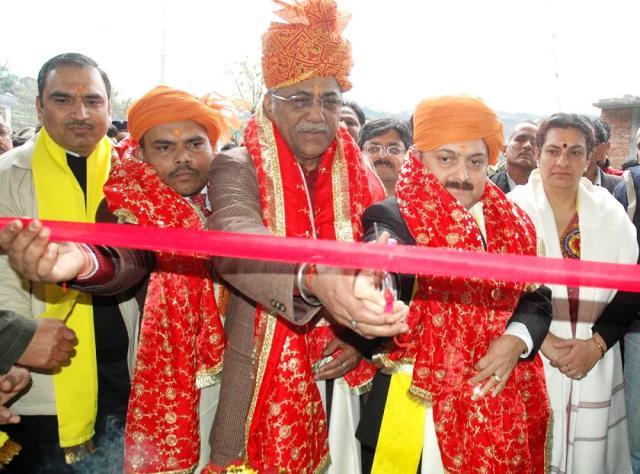 Speaking on the occasion, the Divisional Commissioner complimented the people on the auspicious occasion of Maha  Shivratri  and prayed for communal harmony, peace and prosperity in the state.

He said that Shiv Khori Shrine is bestowed with serenity and one could experience the spiritual manifestation at the sanctum sanctorum itself. He said that due to the sincere efforts of SSKSB and Tourism department, pilgrimage to the holy shrine is witnessing enormous increase in the rush of pilgrims after every passing year. Infrastructural facilities are being created at the base camp and enroute the shrine to attract more pilgrims from across the country, he said and hoped that the pilgrimage to the holy cave shrine would gain new heights in near future.

Dr. Kotwal said that the Government has formulated a comprehensive master-plan for  the holistic development of Shiv Khori  and its adjoining areas for the socio economic transformation of the people. Elaborating on the Master Plan, he  said five storied Yatri Niwas at holy cave shrine, Yagyashalla, View points, Darshani deodi have been completed to facilitate the pilgrims besides helicopter service from Katra to Shiv Khori Shrine is under trial.

The Deputy Commissioner Reasi, presented a detailed profile of various development works under execution in the shrine area.

A colourful cultural programme was also presented by the artists of Song and Drama Division, (GOI) which was highly appreciated by the obeisance present.

Earlier, the Divisional Commissioner accompanied by and DDC, Reasi also inaugurated 3-day exhibition of the departmental stalls for the general awareness of the people at Ransoo.

Filed under: Media & Tech, World
Share Tweet Pin G Plus Email
previous article: One Pilot Was Killed Due To A Kfir Jet Crash
next article: Mailspect Ports to Debian 6.0 ‘Squeeze’