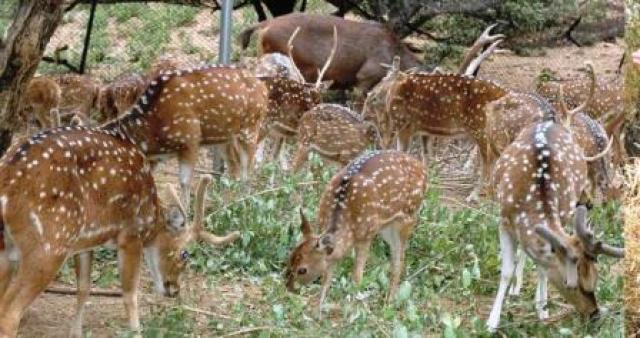 Jammu,December 21(Vijay Kumar) -:  Jammu and Kashmir Chief Minister,  Omar Abdullah on Monday said that presence of rare wild animals and birds in Jammu and Kashmir adds to its natural beauty and this has remained the focal point of attraction for the wide ranging visitors and travelers to the state from all over the world. He said the departments concerned with environment, forests, wildlife, tourism etc. require putting in joint efforts and involving public participation at all levels to protect and maintain state’s environment, wildlife and green wealth.

Chairing the 1st meeting of the State Board for Wildlife here,  Omar who is also chairman of the Board, said that the increased human interference in the forests has put greater pressure on the natural habitat of different wildlife species which requires focusing. “We should strike a balance to nurture the co-existence of human beings and wildlife”, he said and asked for measures in this direction.

He called for integrated approach for protection and preservation of state’s rare wildlife species. “Jammu and Kashmir is depository of rich fauna of the world and it is our duty to safeguard it from extinction”, he added.

Omar said that government would extend all help in the stupendous task of preserving the state’s eco-system and helping nurture of wildlife in the unhindered natural atmosphere. “There is urgent need of protecting the habitats inhabited by the rare species like hangul, chiru, snow leopard, black necked crane, red bear and other species so that their population increases and enriches the state’s wildlife wealth.

The Board discussed various matters pertaining to the constitution of standing committee, handling of man-wild animal conflict situation, ex-gratia/compensation for loss of live stock and crops, settlement of rights in national parks and sanctuaries, setting up of solar telescope in Ladakh, constitution of wildlife crime control bureau and strengthening of wildlife protection department.

The Chief Secretary pin-pointed crucial areas requiring attention of the Board and the concerned departments for preserving state’s natural wealth including the rare fauna and flora. He asked for close co-ordination between various departments and agencies involved in the protection of forests, environment, water bodies and wildlife.

The Commissioner/Secretary, Forests gave a power point presentation enumerating the functioning of wildlife department in the state.

The Chairman, Wildlife Trust of India informed the Board that of the 42 rare mountain species of wildlife in the world, Jammu and Kashmir state is unique to posses 28 of these species, as such, there is urgent need of collective approach to preserve these and ensure their natural growth.