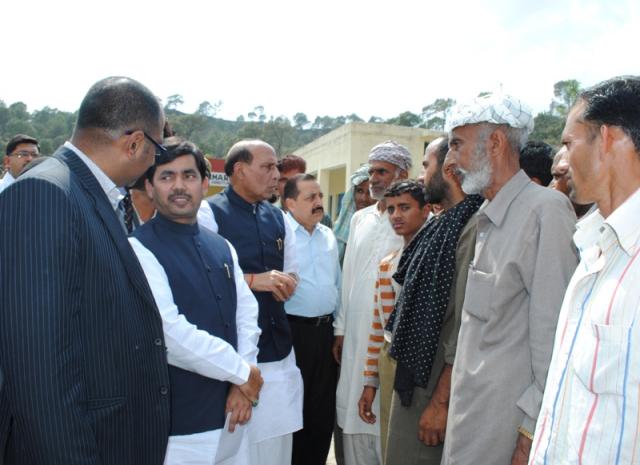 Jammu,April 12 (Scoop News) –  On the second day of the first leg of visit by BJP Parliamentarians’ Study Group on J&K, led by Rajnath Singh and comprising of Ravi Shankar Prasad, Shah Nazaz Hussain, Maya Singh and JK Jain, a number of delegations presented their view points.

In addition, the study group undertook tours of certain outskirt areas including Simble Lehar Jagti, Bhour camp and Badyal Brahmana for an on the spot assessment of the local problems people living there including refugees and Gujjars. These delegations presented their views on various problems faced by region and said that discrimination was not confined to any particular religion and Jammu-Muslims too are being ignored by Kashmir-centric successive governments. Problems like lack of job opportunities, intention delay in holding delimitation, manipulation of the recently released consus report wherely has been shown having large population. Most of the deputations were of the view that the common Muslim in valley was also aggrieved. The other issues included abrogation of 370, holding of Panchayati election after 73rd amendment, Dogra Certificate, controversy related to Amarnath Yatra, manipulation in selection by PSC and step motherly treatment with and Ladakh regions.