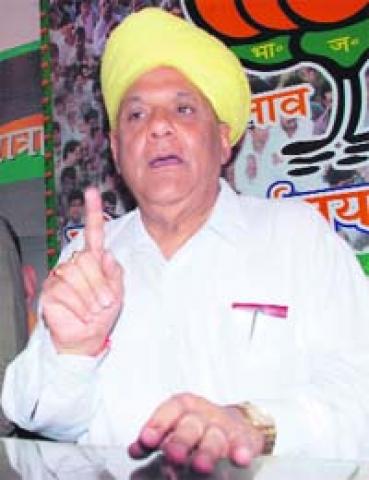 Sounds comfortable but is yet to be built. People associated
with press media had been demanding for press colony on the pattern of Srinagar
but government has not reached to a conclusion yet due to certain constrains
well known to them.

Member Legislative Assembly, Ashok Khajuria is one among
several legislators who had pleaded for Development of Press Colony on the
pattern of Srinagar. Khajuria, senior BJP leader, urged upon government to
consider the press colony on priority for the larger interest of media people,
who are facing lot of problems on every front.

Khajuria in his usual style of lighter vein asked for the
transferring of portfolios of Housing and Urban Minister and Rural Development
Minister on the pretext of that one being villager cares of cities and another
hailing from city looks after villages. He was deliberating upon uncertainty
created by National Building Construction Corporation (NBCC) across the Jammu
city for the past few years, reports revealed.

Members of Legislative Assembly (MLAs), also are in queue
for plots and flats. To which MLA Majid Wani asked government that it should be
taken seriously to establish a colony for MLAs. “Proposal to address the issue
has been already taken into consideration” Deputy Chief Minister informed, as
per reports. Even Chief Minister, had taken notice of the issue and had assured
to do home work over the subject, reports revealed.