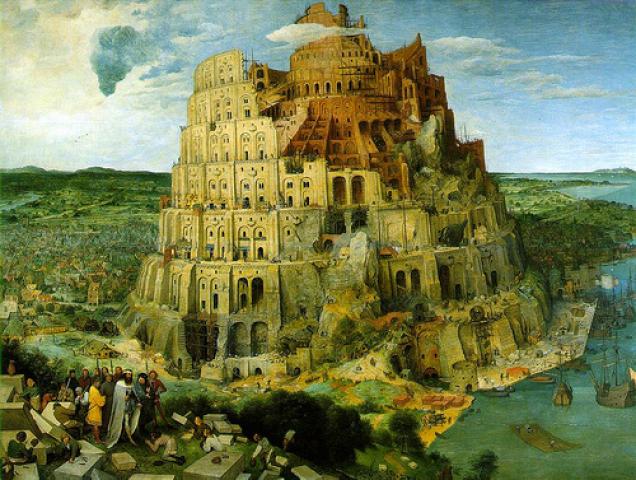 Note: The post was translated in its entirety with permission from the blogger. All links were added by Tomomi Sasaki for reference.

You know how the online community is sometimes wowed with the emergence of services with new technologies and ideas like Google Maps, Google Earth, and YouTube? The one that I’m looking forward to the most is “Automatic Translation”.

Right now, if an English site comes up while you’re searching (in Japanese), there’s a little button that says [Translate this page]. Yes, the translation is still very underdeveloped. I’m not asking for it to be perfect, but wouldn’t it be exciting if the translation was just “a little bit better” AND automatic?

It would be fantastic if whenever I did a search for something in Japanese, Google would retrieve results from all of the languages of the world. For example, a search for “é¶è‚‰ ãƒˆãƒžãƒˆ ãƒ¬ã‚·ãƒ” (chicken tomato recipe)” would retrieve chicken and tomato recipes from all over the world with all of the results being displayed in Japanese. Recipes from French Italian, Chinese, Arabic cuisine, originally written in that language would show up in Japanese on the Google results page.

Then, let’s say there was a blog by an Italian farmer’s wife with a post called “Family recipe for tomato chicken pasta”. And the translation might not be perfect but it would be readable and have photos so I could nod along as I read the post, and perhaps I could even try cooking that dish.

And then and then! If the pasta was really good, I might comment on her blog saying, “I’m Chikirin from Japan, nice to meet you! I REALLY loved your pasta recipe <3 !!!”. And she’d be able to read it in Italian. Remember, it’d just BE in Italian, since it was automatically translated for her.

I want to live in that world of automatic translation.

What if there was a Chinese junior high school student asking “Who is higher ranked, Hu Jintao or Wen Jiabao?” on a Chinese Q&A site. And then people from all over the would say “You’re Chinese and you don’t know the answer?” or “Join the communist party!”.

An oblivious American might interrupt with “What? The president and premier aren’t the same person?”. And a Bulgarian might chime in with “Where’s China? I couldn’t find it on Google Earth… is it this island?” and someone might reply with “Nah, that’s Taiwan!” and the conversation would veer off. That’s the kind of thing I want to read!

Low employment rates among young people is a common issue throughout the world, right? A search with those keywords might connect us with angry Lost Generation youth from other countries. And it would be interesting to learn how youth in different countries expressed their anger.

A Korean student studying in Japan might post on her blog, “On the train today, I saw a woman do her make up routine perfectly during her commute. Japan is so incrediblimnida!”

These days, only important or relevant information gets translated. What I’m looking forward to is a world where even the most trivial and useless information is translated and available to anyone!

TV stations and newspapers broadcast news about other countries but they only cover “important news”: earthquakes, floods, forest fires, or political news. Personally though, I’m much more interested in the kind of information that I’ve given examples above, more than any forest fire.

In every country, there must be blogs that most people don’t care about. (Well, I can’t be certain but it’s probably the case!) I believe that if everyone, everywhere could read all of the trivial information that’s out there, we would truly be able to live together in a more peaceful world.

While it may be paradoxical, “What is truly important is to translate the unimportant.” and a world where only so-called important information gets translated is a boring one.