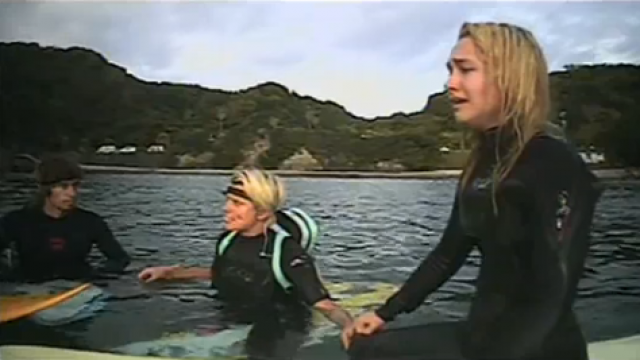 Amidst the protests of right-wing groups that opposed to the screening [en] of the Oscar-winning documentary “The Cove” [en], three theaters decided not to show it.

The controversial movie which records the slaughter of dolphins in the inlet of Taiji, a small village on the Southern Coast of Japan and historically dependent on whaling, was set to be screened [en] in Japanese cinemas at the end of June.
But, after threatening calls and protests in front of the distribution company, two cinemas in Tokyo and one in Osaka declined to screen it. Another twenty three will still screen it, but on a yet to be defined date.

The documentary has been harshly criticized in Japan as ‘anti-Japanese’ by many, although very few have had the opportunity to watch it.
Its reputation preceded it and it became known as the infamous movie where a group of Americans land in Japan, then proceed to outwit the local fishermen and criticize Japanese traditions.

Blogger at Ki ni naru nikki says he realizes the reasons for the protest.

I can understand those who protest against “The Cove”…
because the Japanese people normally don’t eat dolphin meat … but I’d be a little curious to watch it …
maybe I’ll read the book. So far the only screening of “The Cove” was at the Tokyo International Film Festival (TIFF) in November, though it was initially rejected [en].
In the film, made with high-tech equipment such as camouflaged high-definition cameras, anti-dolphin-hunting activists secretly documented the slaughter of dolphins and the black market of dolphin meat sold as whale meat. They also highlighted the dangers of mercury, well known in Japan since the so called Minimata incident [en], contained in the dolphin meat.

Blogger at umikarahajimaru, who saw the film at the TIFF, criticizes it for its biased and overly emotional tone. In his opinion this makes it more of an activist-authored movie rather than a journalistic style documentary.

What I criticize most about the film is not the fact that it talks about what happens in Taiji, nor who made it but those who watched it. In other words, the fact that many Americans awarded best documentary to a film which in my opinion can’t even be called a documentary. It tries to appeal to the viewer’s feelings and gain their sympathy without showing any concrete evidence and is also lacking in logic.

It seems that people in Taiji would like to have ‘The Cove’ pulled from theaters but, because it could look like they are trying to hide something bad, it may have the opposite effect and the number of Japanese who are interested in watching it may increase. The best thing is to screen it so that a rumor that ‘it’s a terrible movie’ will spread and all this buzz disappears in the blink of an eye.

At the time some 55 Japanese intellectuals, journalists and film directors declared themselves to be against the cancellation of the screening. Appealing to the principle of freedom of expression, they released a common statement which said they were against the censorship of the film and supported those cinemas and people who were targets of the threatened action.

renjakudo shares the text of the statement on his blog.

If such episodes become normal, eventually it will become impossible to screen any controversial movie that may divide public opinion. The fact that a movie like this, which has been widely released abroad and features Japan cannot be screened in the Japan itself shows, just how fragile ‘freedom of expression’ is in this country.