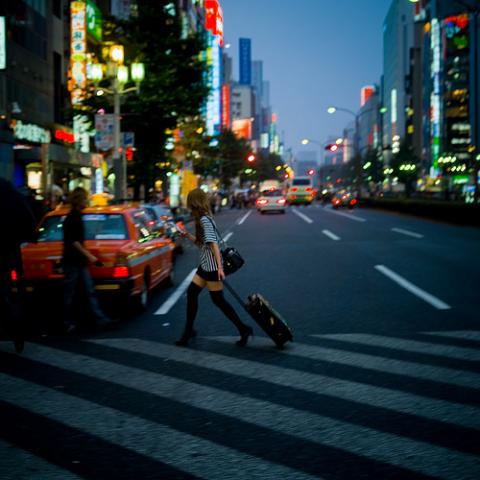 As the recession is sweeping out more jobs in Japan, young women are turning to the once-scorned job of club hostess again for not only a job, but also a glamorous-look life.

A fancy life such as the one Eri Momoka is living. Momoka, a 27-year-old single mother , worked her own way out of a desperately poor life through hostessing. Now, she is a business woman who owns her own line of the hostesses targeting clothing and accessories and a celeb by hosting a TV show.

She told IHT that her Cinderella-like career life has built her a huge fan base in the country. Even young girls in elementary schools, attracted by her fascinating life style, have sent her emails, saying they want to be like her in the future.

Hostessing, though not necessarily involves sex, are being criticized by religious and women’s groups for the possibility of being an entry to prostitution, which is illegal in Japan. It also used to be scorned as women should feel ashamed to get hefty tips from men by fascinating them.

However, well paid jobs for young women, especially those without college education, are extremely limited. Even before the recession, only 30 percent of women aged from 20 to 24 could live on a reasonably paid full-time job, according to a government survey.

On the other hand, the minimum pay for a low-end or part-time hostess is about US$ 20 per hour, almost twice the amount for most temp jobs. For the regular full time hostesses, the annual income is about US$100,000, which is the reason of the growing number of applicants for the job.

"Rather than criticizing them, Japan should create more jobs for young women," said Atsushi Mirura, an expert on the issue.