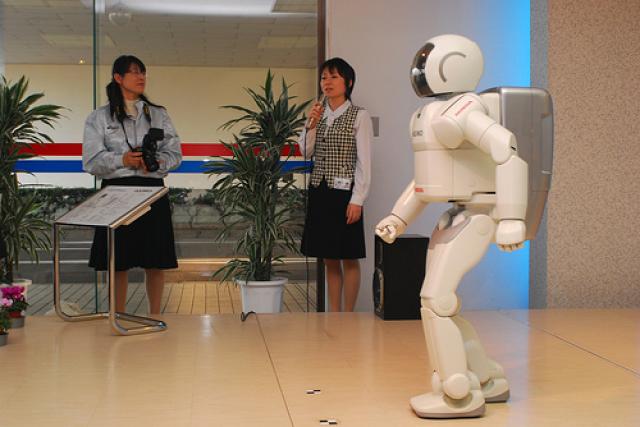 Facing a 16 percent decline in its workforce and, at the same time, a huge elderly population within the next 22 years, Japan is considering getting enough robots up and running to replace 3.5 million human workers by 2025.

The idea is not to replace the human workers entirely with the robots, but to free up the time and the minds of the humans to do more high-priority or thought-intensive work.

Currently, Japan’s fertility rate is 1.3 children born per one adult woman, a rate far below that needed to replace the aging in the workforce.

"Seniors are pushing back their retirement until they are 65 years old, day care centers are being built so that more women can work during the day, and there is a move to increase the quota of foreign laborers. But none of these can beat the shrinking workforce. Robots are important because they could help in some ways to alleviate such shortage of the labor force," says Takao Kobayashi of the Machine Industry Memorial Foundation.

Perhaps not surprisingly, the head of the robotics department at computer revolutionizer Microsoft contends that the era of the “robot revolution” is upon us.

"The transition is starting. It’s like we’re back in 1977 — four years before the IBM PC…Robots are really an evolution of the technology we have now. We’re just adding to our PCs, really. We’re letting them get up off our desks and move around. They’re evolving into something you will engage with and will serve you in your life someway," says Tandy Trower.

In December of 2007, Japan’s Honda Corporation announced the birth of their latest ASIMO robot, which they began designing and developing in 1986.

Honda says the latest ASIMO can greet and escort guests, organize and recognize the individual humans in its mind, and then bring them a tray of drinks.

The latiest incarnation of ASIMO, which is a biped robot, is said to be "comfortable" around its makers; that is, it chooses its movements independently. This independence of reaction allows ASIMO to work around human beings without knocking them over, getting tangled up with them, or getting knocked over by a clumsy person.

In addition, ASIMOs can communicate with each other to complete shared tasks.

Japan has moved quite a bit ahead of the West in developing and implementing robots in society because in the Orient artificial intelligence and artificial entities like robots are viewed as just one more form of sentience, and they welcome any higher form of sentience. The fact that robots will become more capable of performing human actions of thought and deed and that A.I. will advance is not a threat in their culture.