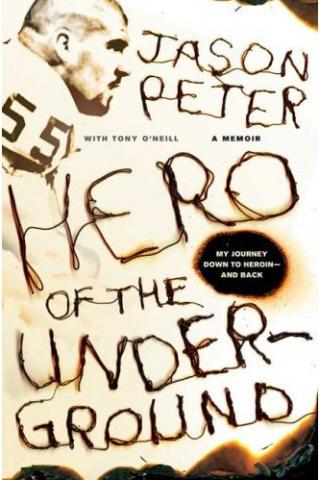 Former Nebraska Cornhusker and NFL defensive tackle Jason Peter has published a memoir about his rise to fame, his destructive battle against heroin addiction and his subsequent recovery. The book, titled "Hero of the Underground," is currently number 33 on the New York Times best-seller list.

Jason Peter was a star football player at the University of Nebraska and was a first round pick by the Carolina Panthers in the 1998 NFL draft. Hobbled by injuries, his football career was cut short and he fell into a life of drug abuse. With seemingly bottomless supply of time and money, Jason Peter became addicted to cocaine and heroin. His memoir is a frank look at the darkest days of his addiction and the journey he took to sobriety.

In the words of author Jerry Stahl, "’Hero of the Underground’ gives us a portrait of red-blooded jock as monster dope fiend. It’s a savage, unsparing, eye-popping ride through the dark soul of big money, endless drugs, American manhood, and our national past time–self-destruction."