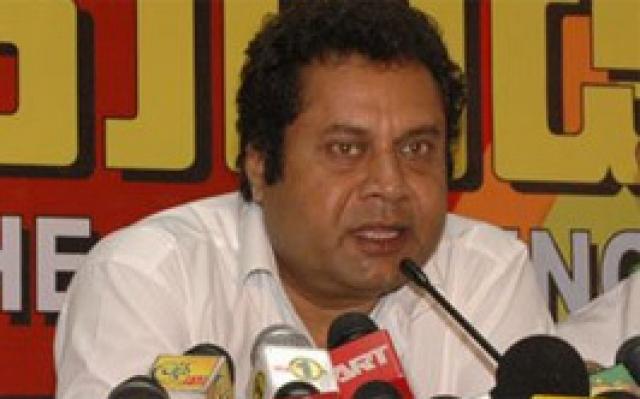 Mr.Jayantha Katagoda a  member of the Democratic National Alliance(DNA) lead by imprisoned former Army Commander General Sarath Fonseka, sworn in as a New MP in Parliament  replacing   the vacant seat of General Fonseka.Mr.Katagoda was Sworn in before the Speaker Chamal Rajapaksha this evening.

On last Saturday DNA has unanimously  nominated Mr.Katagoda as the replacement for their leader General Sarath Foneseka’s vacant seat in the Parliament .The new MP who was also an Actor and Businessman was received third largest number of Preferential Votes during last Parliamentary Elections behind General Fonseka and Lakshamn Nipunaarachchi who refused to accept the replacement earlier.