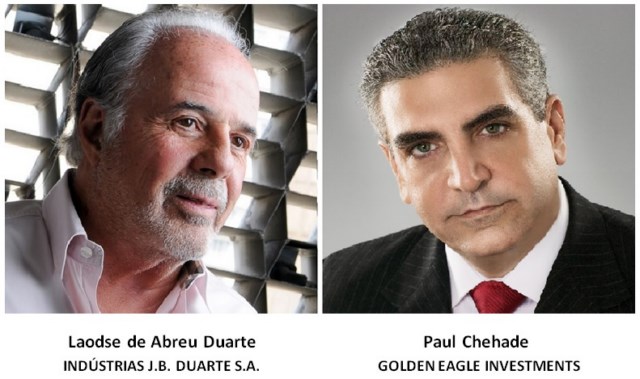 1888PressRelease – The 100-year-old JB Duarte, has chosen a new path for its business. The company has decided to focus on the real-estate market in the countryside of São Paulo, and it expects to launch projects with potential sales of R$100 million over the next four years. US investment fund Golden Eagle, which works with construction and real-estate development, is considering investing in the Brazilian company.

The 100-year-old JB Duarte, which took root in the agriculture sector by betting on the production of vegetable oils and, more recently, the supply of wood, has chosen a new path for its business. The company has decided to focus on the real-estate market in the countryside of São Paulo, and it expects to launch projects with potential sales of R$100 million over the next four years.

The company was founded in 1914 and became famous with the creation of “Maria oil”, during World War II. At the time, since it was difficult for ships to arrive from Europe with olive oil, due to the German blockade on the Brazilian coast, JB Duarte had the idea to launch a mixed product, which had 30% olive oil and the remaining 70% peanut oil. “It was so successful that even today the brand [now owned by Cargill] is the leader in the compound-oil segment,” says Laodse de Abreu Duarte, superintendent of JB and grandson of the company founder, José Baptista Duarte. The company then started processing other oilseeds, such as soybeans, corn and sunflower. It went public in 1985 but, 11 years later, struggling amid growing competition with foreign groups, JB Duarte decided to lease its industrial unit and sell its brands to Cargill and Vida Alimentos.

In 2009, JB Duarte established New Realty, its real-estate arm, and shortly after decided to invest in an existing plantation of eucalyptus, on an area of 5 million square meters in Pirapora do Bom Jesus, 55km from the city of São Paulo. But the project was short-lived, due to weak demand and low prices of wood. “Reforestation in São Paulo is no longer what it used to be. Pulp industries and conglomerates are going further into the countryside of the state in search of areas with larger supply of raw material,” Mr. Duarte says. In addition, the executive says, areas such as Pirapora, near the state capital, have become too expensive for wood production. “Within four years we expect to finish the eucalyptus harvesting in the area,” he estimates.

The new plans for the site involve the creation of two landfills. Two months ago, JB Duarte requested the first license to operate a construction and inert waste landfill (such as cement, concrete and bricks), and the company expects to obtain an installation permit within 120 days. The project is expected to have at least 20,000 square meters, with an estimated revenue of R$6 million to R$7 million.

Due to numerous environmental requirements, JB Duarte intends to join other companies already working in the segment and get the expertise needed to perform the work. “We’ve have already contacted multinationals in the industry and are awaiting the responses,” Mr. Duarte says. Nearly 20% of the land (1 million square meters) is expected to be allocated for this landfill. “But we still will take three years to make the project viable,” he says. Another 30% of the area (1.5 million m2) may be used for industrial and logistics warehouses. “The easy access is a big draw, because of the proximity to two major highways in São Paulo: Anhanguera and Castelo Branco.”

JB Duarte is investing in two other municipalities: Cabreúva and São José dos Campos. In the case of Cabreúva, the company plans an urban allotment, in an area of 300,000 square meters in the city’s downtown. JB Duarte expects to sell 550 to 600 lots, which can lead to potential revenue of R$60 million. The company is finishing up the details for the completion of the final project to obtain its first permit from the local government, and it plans to start selling the units in late 2014.

The area owned by JB Duarte in São José dos Campos is located in the district of São Francisco Xavier, where the company intends to establish farming plots, due to the region’s natural attractions such as waterfalls. “We are studying the viability of 5,000 m2 plots and expect to implement them within four years,” Mr. Duarte says, adding that the potential revenue for the project is estimated at R$ 40 million.

Meanwhile, on the same land, the company is also developing a bamboo pilot project in a small area of 50 hectares – of a total of 350 hectares. “The planting was done three years ago, and in seven years will be ready for the appropriate cut-off point,” says Edison Cordaro, JB Duarte investor relations director. The plan is to stay with the planting of bamboo, initially with the goal of exploring the decoration market and, in the future, the construction industry, since the material is also used on floors and battens.

JB Duarte also has an area in Serra da Mantiqueira, an old project of olive trees, which may be the company’s next shot. The initiative, however, depends on a strategic partner who can make a more consistent capital injection – which may happen soon. In late March, JB Duarte released a statement saying that the US investment fund Golden Eagle, which works with construction and real-estate development, is considering investing in the Brazilian company’s projects. “But there is also a chance, later on, that they join the capital of JB Duarte,” Mr. Cordaro says. Negotiations are in progress.

JB Duarte had revenues of R$7.5 million in 2013, mainly due to leases and financial investments.