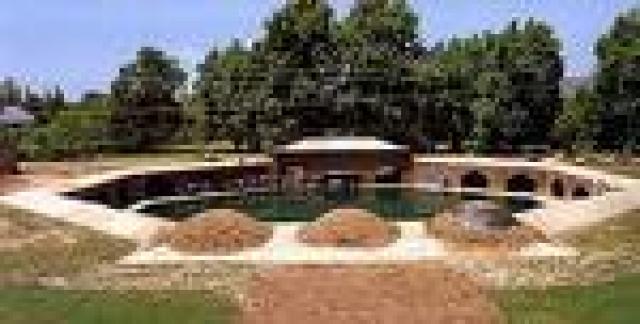 Srinagar, October 12 (Scoop News) –A magnificent function was organized by the Tourism Department at the newly developed tourist spot Perzoo Island on the banks of River Jehlum here the other day.

The Divisional Commissioner and other guests of honor appreciated the extra ordinary contribution of Tourism Department for developing a unique park with modern illumination and river view sites, and heritage woodwork spread on walls and ceilings of a protruding balcony in the centre of the park. The green carpet spread on the entire park is decorated with well placed shadowy trees and multi colored flower plants.

In the evening the lights emanating from house boats lined in the rows near the banks from the other side of Rajbagh convent road has added to the charm of the surroundings. The unique park is surrounded by water-oriented canals specially designed and engineered by Flood department, which has enhanced the charm of the mini-island named as .

On the side of the island, the historic bund has been developed back to the times when it was abode of foreign travelers and tourists. The bund has a tourist history mostly documented in western countries praising the paradise on earth particularly the Jehlum view.

Since the present government took over under the dynamic leadership of Chief Minister, Omar Abdullah, the administration has taken the extra ordinary measures to develop all historic sites and special attention has been given on the development of river banks.

The view from historic has been made more attractive and panoramic. The Tourism Department has already developed a resting park on the sides of the foot bridge near museum.

The symmetry of the illumination on the river from to has made the evening on the river more glamorous for the visiting tourists. The introduction of cruise is being considered as first step to make Jehlum side more attractive for local as well as non-local tourists.

The Divisional Commissioner was informed that Tourism Department has an ambitious programme to install musical fountain on both sides of the river. Similarly, the Flood Control Department has decided to decorate both the banks of the river up to Chattabal-Veer in first phase. The historical shrines, which are mostly on the right side of the river are being developed in a planned manner so that tourists, who would like to visit these shrines from the river side are able to have the glimpses of heritage in a better manner.

Earlier, the Divisional Commissioner had taken a meeting in his chamber for expediting the development of Bulbul Shah Shrine, which is between Nawakadal and Aalikadal and Chief Engineer, Flood Department assured him that river side spot of the shrine will be developed under the programme, while as Deputy Commissioner, Srinagar revealed that there is also a programme of developing Maharaj Gunj area from Zainakadal to Khankah shrine as a heritage spot. The Director Tourism said that heritage gates will be constructed near the shrine for making entry to these holy places as more attractive.

The Divisional Commissioner said that it the duty of all the officers to pool their resources together to develop all the heritage sites, old shrine sites and historical tourist places around the Jehlum so that the old concept of being the Vince of World is revived with a new practical approach.