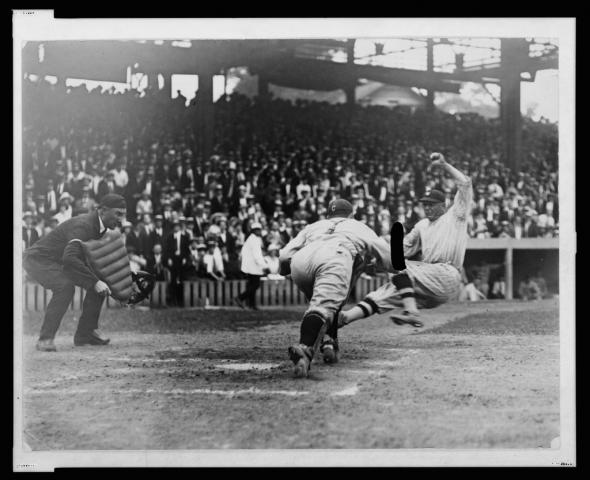 Jericho Scott, 9, is unhitable from the little league baseball pitchers mound. While some might praise his natural talent for throwing the baseball faster than anyone in his league, officials in the Youth Baseball League of New Haven have instead banned Scott from pitching, saying that his fastball is too good for the caliber of the league. Scott’s forced removal from the mound has his coach, parents and others up in arms.

Jericho Scott can hurl a baseball at near 40 mph, which, to a 9 year-old, might look frightening and intimidating. And that is the exact logic used by the League when they asked him to play other positions or be moved up to an older, more difficult league.

Some parents are scared that a wayward fastball might injure their children, but Jericho Scott’s coach, Wilfred Vidro, doesn’t think that the youngster should be punished for being the best pitcher in the league. "He’s never hurt any one," Vidro said. "He’s on target all the time. How can you punish a kid for being too good?" Opposing teams have forfeit games when they saw Scott take the mound and the league is calling for his team to be split up because they are so dominant.

Jericho Scott is a confused boy caught in the middle of this heated argument. "I feel sad," Scott said. "I feel like it’s all my fault nobody could play." After accusations, threats for legal action and tantrums thrown by parents (both in support and against Scott), the problem has not yet been resolved.

Filed under: Sports, US
Share Tweet Pin G Plus Email
previous article: Some tips to bring home more money.
next article: Old Versus Young Athletes at the Beijing Olympics