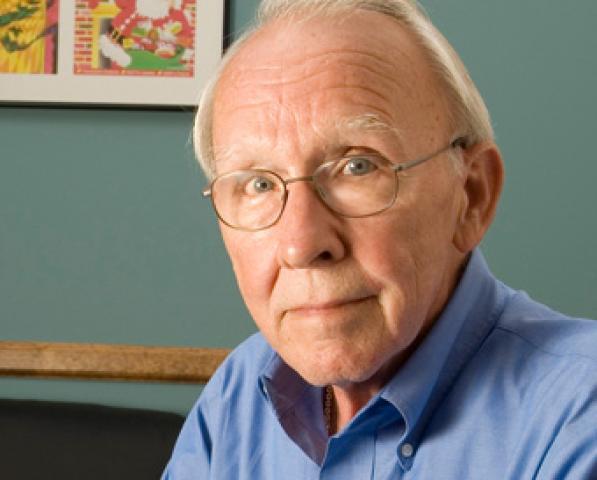 Jerry York made a huge impression of everyone he met.  You either trusted him or feared him.  I only worked for him for nine months in 1994/5 at IBM and yet he left a deep impression on me professionally and personally.    If he respected you, he was loyal.  He had lunch with me once a year for fifteen years after leaving IBM.    We traded emails at Christmas.

I interviewed with Jerry in October of 1994.  He asked me why I wanted to work at IBM ?

I answered . “Any company that can make $28 billion of gross profit is fixable; it just has an expense problem”.   He smiled and his eyes twinkled, “I believe that is right.  Why else?”

“Its products don’t kill people.  Working at GM wore me down because the product killed people.”  “Interesting, I have had thought that as well.  Why else?”

“Because the product doesn’t pollute the environment”  “Why else?”

“Because there is no God damn union at IBM undermining everything that you are trying to accomplish.”   Jerry let out a guffaw,  “Those are some pretty good reasons to work here. ”

I was hired by IBM to standardize the M&A process.  When I got there, every division had a different way of evaluating deals and presenting the return on investment.  The executives in Armonk couldn’t tell from deal to deal what they were looking at.  Plus the approval process was ill-defined and political.

One day in the winter of 1995, Jerry called me up to his office – out of the blue – and asked me what financial criteria IBM should use to approve acquisitions.   He didn’t call me up to tell me how IBM should manage its M&A process; he really wanted to know how I thought it should work.  I was dumbfounded.  No executive had ever asked my advice on such a fundamental point of business policy.  “Well, the product cycles in the computer industry are fast so the payback period should be short,”  was all I could come up with.  “How short?”, Jerry fired back.  “Two years would be ‘right’ but I fear that nothing would make it through the approval process.”  “I was thinking a three-year payback like in the auto industry, ” Jerry commented. “It will have to be five years for the organization to accept it, ” I replied.  “You’re right.” Jerry said,  “Thanks for coming up.”  The meeting was over.

The next day Jerry explained to an IBM executive that his proposed acquisition with its 22-year payback period  could not be approved because it exceeded the corporate hurdle of 5 years.

Around the same time, IBM was seriously considering buying out the 50% of Prodigy, the pioneering online service, owned by Sears.   Jerry and I were smoking cigarettes in the cold at the back entrance to the IBM headquarters building.  Jerry asked me to do a cash flow analysis of the deal over the weekend so that IBM could make a bid early the next week.   I told Jerry that that would be impossible.  “Why?”, he asked.  “Because IBM has never done its own cash flows, they are outsourced to Lehman Brothers.   So we don’t have an in-house model.    And if we ask Lehman Brothers for their model it won’t work on our system because they use Windows and we use OS/2.”.  Jerry pondered this and said, “How did you do cash flow models at your last job?”.  “ I used Microsoft Excel on an Apple computer.”  “Do you still have it?”.  “Yes.”  “Go home and get it and we’ll meet on Sunday and go over it.  Bring it in the back door and put a little tape over the Apple logo.”.   Three weeks later Jerry dropped by my office, “There is a rumor going around the building that you are using a Mac.  I think you’d better get that thing out of here.”

Later that year I knew that something wasn’t going right between Jerry and Lou Gerstner.  They would eat lunch together every week in the executive dining room.  After these lunches, Jerry’s face would be beet -red.    I could tell that he was doing everything in his power to control his emotions.  Whatever Lou Gerstner was saying to Jerry at those lunches was pushing him out the door.  But contrary to recent media reports, I doubt it was not a disagreement about acquisitions because Jerry never mentioned that to me.  All during the Summer of 1995, right after the $5 billion Lotus acquisition on June 5, 1995, Jerry had us running in-house cash flow models – based on Lotus 1-2-3 and OS/2 – to justify the acquisition of Tivoli.  In February 1996, IBM paid 17x revenue for Tivoli; an astronomical price.  Tivoli was IBM’s most successful acquisition and it had a 5-year cash payback including synergies.