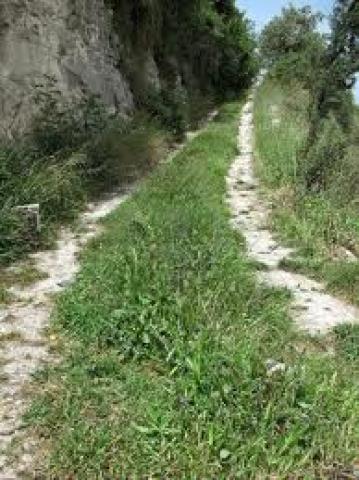 The Pathway To True Salvation:There are some people who refuse to believe in God, in Jesus and in heaven or hell, in salvation, who believe they control their own destiny and when they die, they will simply end up in a hole in the ground. They choose to be like the Ostrich and bury their heads in the sand, rather than explore the alternative. What is even worse is they choose to openly attack believers and their convictions, attempting to destroy their faith and belittle God in the process. I feel sorry for these people for as Jesus said; "They know not what they do." These will have a big lesson to learn one day.

There are some people who want to believe but because of the fact that there are so many different religions to turn to don’t know which way to turn. These ones need a guide a helping hand before it becomes to late.

There are those people who are fence sitters, who tend to procrastinate, even when they have learned the "Truth" they fail to accept it and cling to it.

Lastly there are those who are earnestly seeking God, know what He has to offer but haven’t found the right door to open the right faith to follow. They do not yet realize the difference between Christianity and following Jesus Christ vs. some denomination.

And then there is the true, "Born Again Christian" who simply seeks to be a guide a catalyst for all of the above and who will do whatever is asked of them by God to bring back the lost sheep like Jesus the good shepherd asks.

Almighty God created each and every individual on the face of this earth, creating each one in His Holy Spiritual Image. It is His desire that if you will, descriptively speaking, that we all sort of get back to a point in time before the "Tower of Babel" for all spoke the same language, and there was little confusion, but He wants this, with out all of the corruption.

This may seem harsh, and indeed it is a harsh truth, but it is the truth just the same.

Christianity is not a Religion. Christianity is Non-Denominational. Its only boundries are within the teachings of Almighty God and Christ Jesus, through their Holy Bible. Christianity is belief through faith in God and Jesus and a belief in salvation from sin and reunification with God as Our Father.

It is not Anglican, or Baptist, or Roman Catholic, or Lutheran, Presbyterian, Potestant, or any of the other names of religious denominations. Christianity is the freely chosen dedication of one person to freely love Almighty God.

Christianity is freely choosing to believe in Jesus Christ, to believing in His redeeming powers over sin and death through His act of love by His death and resurrection, and believing that through this act, Jesus forms a bridge linking us as humans to Our Father Almighty God and through that faith we become recognized by God Himself as sons and daughters, brothers and sisters to Christ Jesus, Son of God, and Messiah.

In JOHN: 3:2-3; A Pharisee named Nicodemus who was a ruler of the Jews asked Our Lord Jesus one night; "Rabbi we know that thou art a teacher come from God: for no man can do these miracles that thou doest, except God be with him." To which Jesus replies; "Verily verily, I say unto thee, ‘Except a man be born again, he cannot see the kingdom of God’."

Nicodemus then asks Jesus how a man can be born again? Jesus answers; JOHN:3:5-6; "Verily verily I say unto thee, Except a man be born of water, and of the Spirit, he cannot enter into the kingdom of God. That which is born of ‘the flesh’ is flesh and that which is born of ‘the spirit’ is spirit. This is the "Cornerstone" the "Builder’s block" nay the "Very foundation" of Christianity the place where one begins their walk with God.

Jesus goes on to explain to Nicodemus God’s decision for this.

For those who yet do not know who the true son of God is, He himself declares His identity to a blind man who he heals and then later seeks him out. This is done before a group of Pharisees who had chased the blind man out of their town.

JOHN: 9: 35-39; Jesus heard that they had cast him out; and when he had found him, he asked; "Doest thou believe on the ‘Son of God’ ?" The blind man answers asking, "Who is he Lord that I might believe on him?" Jesus answers him, "Thou hast both seen him and it is he that talketh with thee." And Jesus goes on to tell the blind man his purpose for being in the world. "For judgement I am come into the world that they which see me not might see.

Jesus is the "Good Shepherd" who protects us and guides our pathway back to Father God. JOHN: 10: 7-11 "Verily verily I say unto you, I am the door of the sheep. All that ever came before me, are thieves and robbers: but the sheep did not hear them. I am the door: by me if any man enter in, he shall be saved and shall go in and out and find pasture. The thief cometh not but for to steal and to kill and to destroy: I am come that they might have life and that they might have it more abundantly. I am the good shepherd the good shepherd giveth his life for the sheep.

Jesus declares Himself as the S on of Father God in JOHN: 14: 1-3; 6-7; and the only rightful way to salvation. " Let not your heart be troubled: ye believe in God believe also in me. In my Father’s house there are many mansions, if it were not so, I would have told you. I go to prepare a place for you. And if I go and prepare a place for you, I will come again, and receive you unto myself; that where I am there ye may be also.

"I am the way,the truth, and the life: no man cometh unto the Father but by me. If ye had known me, ye should have known my Father also: and from henceforth ye know him and have seen him.