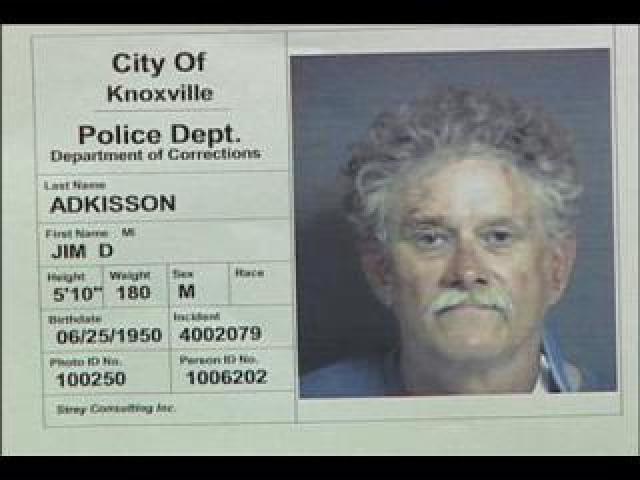 Jim D. Adkisson, 58, has been charged with first degree murder after a church shooting in Tennessee on Sunday left two dead and seven others injured.

Jim D. Adkisson entered the Tennessee Valley Unitarian Universalist Church where 200 people were attending a children’s performance of "Annie." He is accused of taking a .12 gauge shotgun out of a guitar case and opening fire at the congregation. Witnesses say he got off three shots before being tackled to the ground by churchgoers.

One of of Adkisson’s victims is being hailed as a hero who saved lives on Sunday. Witnesses say Greg McKendry, 60, used his large size to block Adkisson’s bullets from reaching the children on stage and other parishioners. Linda Kraeger, 59, was the other person who died on Sunday and five others are still hospitalized in critical or serious condition.

Police don’t know exactly why Jim D. Adkisson opened fire in the Tennessee Valley Unitarian Universalist Church on Sunday. Some say that he was against Christianity after his parents forced it upon him in his childhood. Another reason could be the church’s liberal-leaning ways; they advocate women and gay rights, support political refugees and founded a chapter of the American Civil Liberties Union.

Jim D. Adkisson is being held on $1 million bail. He will appear in court on August 5.