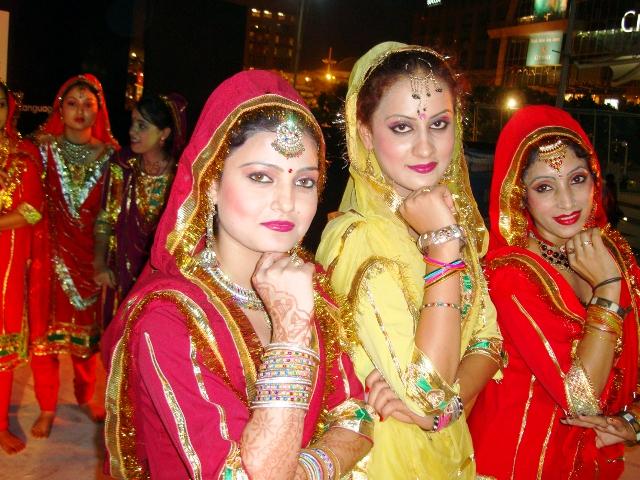 New Delhi, October 8 (Vijay Kumar) – On second day of ongoing “Jammu Kashmir Festival” at New Delhi, Zafar Iqbal Manhas, Secretary of Jammu and Kashmir Academy of Arts and Culture said that our   sole aim of organizing “Jammu Kashmir Festival” here at capital city is to bring the centuries old cultural tradition of our J&K state here and to showcase various dimensions of our diverse but united culture to the heart of the country,"

He said that "We have invited over 130 artists from the valley, equal number of artists from Jammu and about 40 artists from Ladakh to be part of this specially designed Cultural extravaganza. While introducing the artists to the gathering assembled at Saket the Designer  of the show ,  Mipam Utsal who is also the Special Officer for Cultural Activities in  Cultural Academy  said that it was a good opportunity for those who wish to have more knowledge about the systhesis and cultural glory of the state.

Around 300 artists from Jammu Kashmir and Ladakh mesmerized the audience with their spellbound performance held at DLF Mall, Saket here on Thuresday evening.

Hundreds of people including foreigners, high officials of various embassies witnessed this diverse and   colourfull Cultural evening held in the open lawns. Among others a large number of dignitaries   from J&K state were also the part of this event .

This three -day long  maiden event has been jointly by organized by of Art, Culture and Languages and Delhi International Art, Festival, .