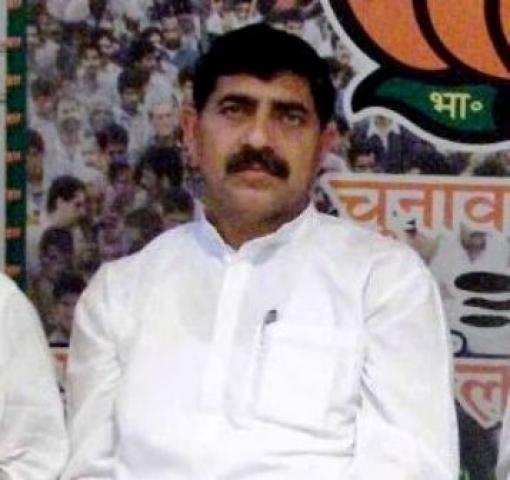 Jammu, May 22 (Scoop News) –BJP JK State President Jugal Kishore Sharma termed the four year rule of Congress-led UPA at the centre as a black chapter in Indian history. Addressing a Public gathering at Kalakote,he said that during these four years, the nation witnessed record breaking corruption, scams, scandals, weak kneed foreign policy and soft approach towards the anti-national elements. He said that Pakistan and China indulged in intrusions, cease-fire violations. He said that during these four years, there was total insecurity and resentment among the masses against the mis-governance of Manmohan Singh government. Similarly, the state of Jammu & Kashmir also witnessed developments of government’s soft approach towards anti-national elements and appeasement of separatists.

Jugal said that the State Chief Minister made repeated utterances against the accession, Armed Forces Special Powers Act and mercy for even convicted elements.  He also took strong exception to the reports that the government is harassing the poor people in the name of collecting electric tariff. He said that even a family using single bulb is forced to pay 300 to 400 rupees per month. The consumers want electric meters to be installed but the department does not care for the same and is working in a dictatorial manner.

He said that the BJP has been opposing the anti-people and anti-national policies of the UPA and state’s coalition government and shall continue its crusade against these governments till they do not take action against corrupt elements and shed the soft policy towards anti-national elements.

Earlier he visited Sunderbani, Nowshera and Kalakote on the first day of 2-day visit to Rajouri district where he was given warm reception.He was accompanied by State Vice-President Vibodh Gupta, Jammu-Poonch Parliamentary Constituency Incharge Yudhvir Sethi and State Treasurer Chander Mohan Gupta.

Vibodh Gupta said that the twin districts of Rajouri and Poonch have been continuously subjected to discrimination by the successive state governments. He said that Kalakote coal mine is on the verge of closing and the government is least bothered to ensure that it works properly as livelihood of a large number of families is dependent on it.
Yudhvir Sethi said that the Prime Minister has now been called Mouni Baba as he is keeping eyes, ears and nose closed to display as if he do not have any knowledge and concern for what has been happening under his stewardship, which is indeed very unfortunate for the country.
Chander Mohan Gupta stressed on strengthening of polling booth committees so that desirable results are achieved during the elections. He said that in the coming days the party will put more efforts to ensure support of masses.
Nowshera District President Dr. Ashok Sharma spoke on the number of programmes being undertaken from time to time during the last three months in different areas and said that the people are looking towards BJP with high hopes.
The gathering was also addressed by Capt. Ramesh Lal, Vinod Sharma, Bodh Raj, Sushil Sudan and others.