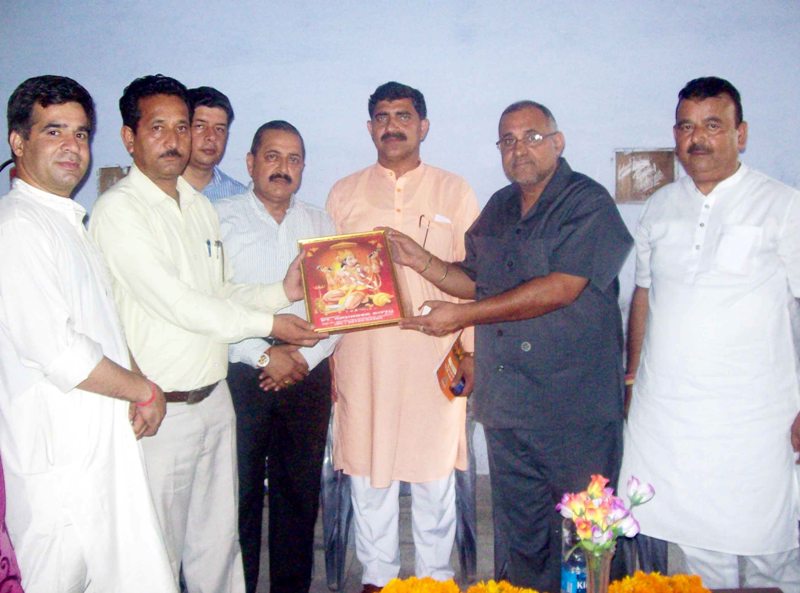 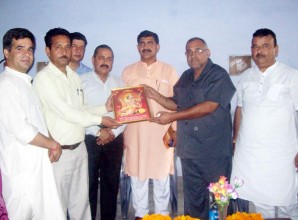 Jammu, June 21 (Scoop News)-To review preparations for Narendra Modi’s grand public rally at Madhopur on June 23, BJP’s J&K State Prabhari (Incharge) Avinash Rai Khanna MP undertook a whirlwind tour of Billawar, Basohli and Samba, and convened a series of meetings at all these places. He was accompanied by State President Jugal Kishore Sharma and State General Secretary (Org.) Ashok Kaul.
These meetings were attended by state leaders as well as local leaders of each area, prominent among whom included National Executive Member & Party’s National TV Panelist Dr. Jitendra Singh, State Vice-President Chander Prakash Ganga, Senior leader Th. Ranjit Singh, State Spokesperson Sanjeev Sharma, State publicity Secretary Aseem Gupta, BJYM State President Ravinder Raina, Distt. President Samba Kashmira Singh, Kathua District president Vijay Sharma (Adv.), Sain Dass and Chaggar Singh.
During these meetings, Avinash Rai Khanna gave his suggestions about how best to motivate maximum number of people from these areas to be present at the rally at Madhopur to be addressed by Narendra Modi whom the National President Rajnath Singh recently appointed as Chairman of BJP’s National Election Campaign Committee on a popular demand by the party workers. It is an honour for us, that after taking over his new assignment, Modi’s first public rally is going to be in our vicinity, Khanna added.
Khanna said that Modi’s programme at Madhopur at the venue of Late Dr. Shyama Prasad Mookherjee’s statue is scheduled to start at around 11:00 a.m. where party workers and youth will come in a festive mood carrying party banners and Modi’s hoardings. A scooter rally by members of BJYM is also being planned from Kathua to Madhopur, he said.
Khanna assigned the district units of Billawar, Basohli and Samba to hold meetings of each Mandal falling in the district within next two days and ensure maximum participation from their respective areas.
Jugal Kishore Sharma in the meetings outlined the significance of 23 June for Jammu & Kashmir and took individual reporting from each of the District & Mandal President about the number of people expected to arrive for the rally. He said that people of Jammu & Kashmir have always got inspiration from leaders like Modi and are eagerly waiting to listen to his views.
Ashok Kaul explained at each of these meetings the purpose of the tour undertaken by Avinash Rai Khanna which reflected the importance that the party attached to Modi’s first ever rally as Chairman, Election Committee on the border of J&K at the memorial of Dr. Shyama Prasad Mookherjee. He also said the party has to put up a great show befitting Modi’s popularity across the country.
Th. Ranjit Singh, Prof. Sain Dass, Chaggar Singh, Narender Singh Jasrotia, Ganesh Basotra, Satish Khajuria, Davinder Singh, Uma Kant were also present in these meetings.
Meanwhile, as a follow up, BJP State Geneal Secretary Bali Bhagat alongwith Akhnoor District president Sukhdev Singh held a similar meeting while other General Secretary Kavinder Gupta also held a meeting of Jammu Mahanagar alongwith its District President Rajesh Gupta.