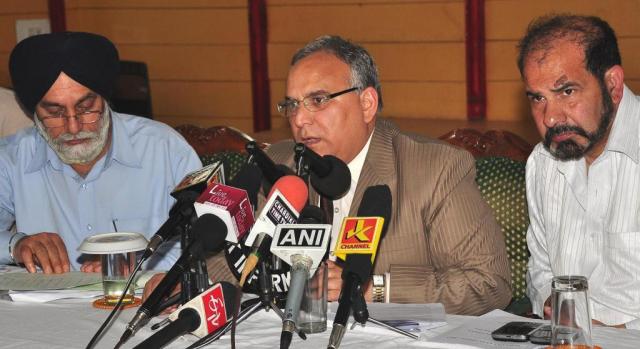 Addressing a press conference,  Sharma said the date of first polling will be held on April 13, 2011 and will conclude on June 18, 2011. He said that the election will be held in 16 phases in all the districts of .

Consequent on the announcement of the Schedule for the conduct of General Election to the Panchayats, the Model Code of Conduct for the Guidance of Political Parties and Candidates has come into operation with immediate effect from today itself in the entire State. This will be applicable to all the political parties in the State including the party in power even though the elections are being held on Non-Party basis. The Election Authority therefore advised all the political parties, candidates and the government functionaries to strictly adhere to the Model Code of Conduct, which is a unique document, evolved with the consensus of political parties in the State,  Sharma elaborated.

Giving the details of arrangements made for smooth conduct of the elections,  Sharma said that the election authority has decided that compulsory identification of voters will be made in the general election to the Panchayats. Electors who have already been provided with EPIC shall be identified through EPIC only. However, the Election Authority has also notified a list of 19 alternative documents which can also be used for the purpose of identification, by the electors who are yet to be provided EPICs.

The counting of votes shall be taken up immediately after the process of polling is over and the results shall be announced immediately thereafter.