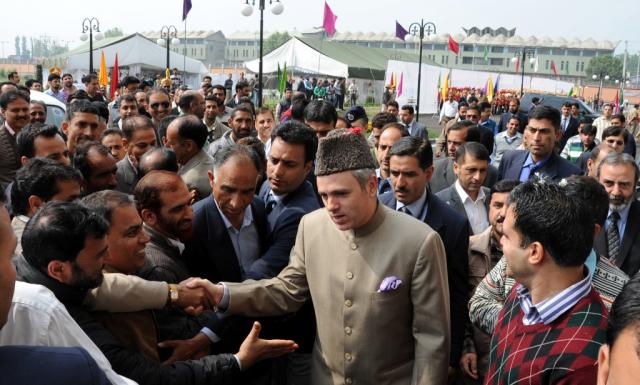 Chairing the meeting of State Disaster Management Authority here this afternoon, the Chief Minister also approved procurement of tents to be supplied to the affected families whose houses have been damaged totally in the natural calamity that hit districts of Doda, Ramban, Kishtwar and adjacent areas on 1st May 2013.

The Chief Minister directed the concerned to ensure finalization of damage assessment report by visiting each affected household so that mobilization of financial support for reconstruction and repair of damaged houses takes place on fast track. He directed for preparing a case for financial support to the affected families in the pattern of relief provided to affected people in Ladakh and said that it should be submitted to the Central Government as early as possible.

Omar Abdullah also directed for early assessment of the damages to the property in South Kashmir due to 1st May earthquake.

In a PowerPoint presentation Secretary Revenue and Rehabilitation, Vinod Koul gave details of tentative damage assessment and measures taken for rescue, relief and rehabilitation of the affected families.