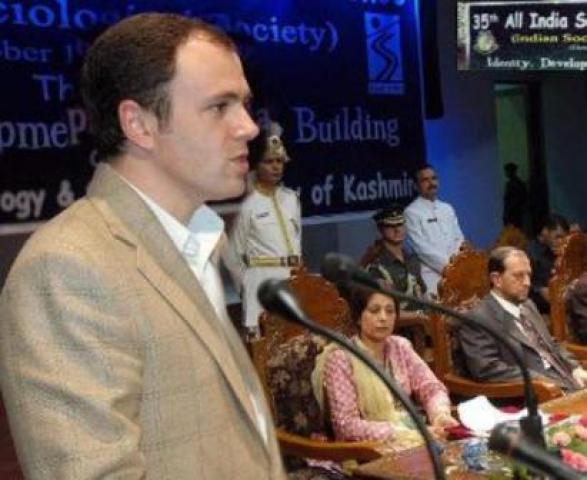 “We intend to hold non-party Panchayat Elections from January 2011”, he said and laid stress on large scale participation of men and women to elect the right candidates as their representatives.

The Chief Minister was addressing a large public gathering at Bagga Mahore, a remote and far-off mountainous area in Reasi district, after inaugurating a Power Receiving Station at village Sarh.

Omar Abdullah said that the micro planning of development and implementation of schemes at Panchayat level could be better performed by the Paches and Sarpanches instead of the officers at the Secretariat level. He said public representatives at village level were better placed to adjudge the priorities of works in accordance to the aspirations of people. “They would act as best monitors of schemes and captains of integrated development”, he added.

“My government is committed to strengthen the democratic institutions at all levels and empower people to take decisions on development front by themselves”, he said adding that Panchayat Elections would be important turnaround in this regard. He said the transfer of power to public representatives at Panchayat level will also ensures proper and justified spending of allocations and creation of required public assets.

The Chief Minister underlined the need for fielding women candidates in the Panchayat Elections flagging it an important aspect of women empowerment. “You are 50 percent of the population and your participation and candidature in Panchayat Elections is imperative”, he told the women and said that the issues pertaining to the women welfare could be better addressed by women representatives.

On the development of hilly and backward areas, the Chief Minister said that his government has flagged faster and all round development of these areas as priority concern in its development policy. “We are concentrating on opening up these areas for economic activities and generation of jobs”, he said adding that the power and tourism potential in these areas would be focused for proper harnessing.

Omar Abdullah said that remote and hilly areas like Mahore qualify for higher education institutions and he would approve any such institution like for the area when the proposal to this regard comes to him. He said reaching out far-off areas on the front of education was another priority of his government and measures were afoot in this direction.

On intra district road communication, the Chief Minister said that the demand of people of Gulab Garh, Reasi for linking the area with Damhal Hanjipora, Shopian would be examined early. “I will ask the R&B Department to look into the demand and prepare detailed project report for the scheme so that generation of funds for the purpose is also worked out”, he said.

The Chief Minister said that he would ask the Power Development Department to prepare projects for three hydro-power projects identified by the Minister and MLA of the area A. G. Malik. He said projects in power sector in Mahore and like areas would not only give boost to the development but generate job opportunities for the skilled and unskilled youth.

Omar Abdullah assured the people that he would direct the management of Jammu and Kashmir Bank to work out opening of a Bank branch in Mahore to facilitate the people and help in smooth implementation of MGNERGA. He also assured them that the creation of new administrative units would be considered as per the report of the Committee constituted for the purpose.

On the performance of higher education, the Chief Minister said that the Higher Education Minister, Abdul Gani Malik is not only representing the people of his constituency in the Assembly in a befitting manner but also represents the State at the national level in a excellent manner. “He is leading the process of up-gradation and development of higher education in the State from the front”, Chief Minister added.

On reaching Mahore the Chief Minister was accorded rousing reception by a large gathering of people.

The public meeting was also addressed by the Minister for Higher Education, Abdul Gani Malik and Minister of State for Power, Shabir Ahmad Khan.

In their speeches the Ministers appreciated the Chief Minister’s dynamism and keen interest in the faster development and upliftment of backward and for-flung areas.

The Chief Minister earlier, inaugurated 2.5 MVA Power Receiving Station at Sarh Bagga in Gulab Garh Assembly Constituency. The station has been constructed at a cost of Rs. 2.39 crore under Accelerated Power Development Reforms Programme (APDRP). It will benefit about 9000 population in in the villages of Mahore, Chesana, Sarh  Bagga and Gulab Garh.