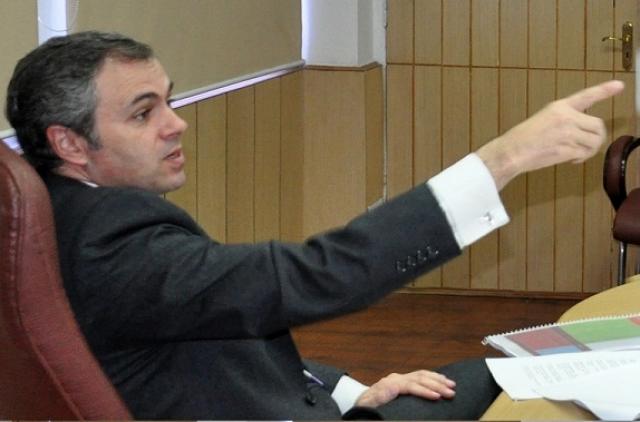 “Public awareness is key to the success of this Act”, he said adding that unless people are amply aware of legal rights PSGA has given to them to receive services within the specified time frame and seek compensation for any laxity or delay in this regard, the benefits of the Act would not percolate as envisaged.

Omar Abdullah said that inculcation of education regarding all aspects of the Act in masses should be underlined as a thrust area and all communication means utilized to achieve this target.

The Chief Minister directed for working out inclusion of issuance character certificate by CID department, issuance of copy of the FIR by Police department and issuance of MGNREGA card by Rural Development department within the ambit of PSGA. “You should also examine other services in the departments of health, industries, social welfare, sports, PWD, home, etc for bringing under the Act”, he told the General Administration department.

Omar Abdullah also directed for installing Boards in Urdu and Hindi languages so that common masses understand the details of the Act.

Presenting status of implementation of the Act, the Commissioner Secretary GAD, Mohammad Syed stated that all the designated officers and first and second appellate authorities have been constituted and Boards installed in all the concerned offices for general public information.

He said GAD has started awareness campaign through adds, while the details of the Act have been provided to all the Ministers and Legislators and Rural Development department has prepared pamphlets in Urdu, Hindi and English for free distribution among people. He said that District Development Commissioners have taken steps regarding display of details of the PSGA at various levels in consonance with the provisions of the Rule 6 of the Act

Commissioner Secretary GAD also informed the meeting that all concerned departments have prepared and notified the check lists of documents for being attached with the applications by the applicants for availing timeline notified services. These lists are also hoisted on the website of GAD. Action has been initiated to develop software for implementation of the Act through IT department for online reporting.

He said Chief Secretary is regularly monitoring the implementation of the Act while various presentation meetings in the General Administration department and other departments have been held about the Act.

He said that from August to December 2011 end as many as 3,60,576 applications have been disposed of by way of provision of services to the concerned in prescribed timeline while 7474 applications are at present in the disposal mode within the specified time limit.

He said that District Development Commissioner Reasi has imposed fine on Tahsildar under the Act for failure in issuance of reserve category certificate to the applicant within the prescribed time limit.