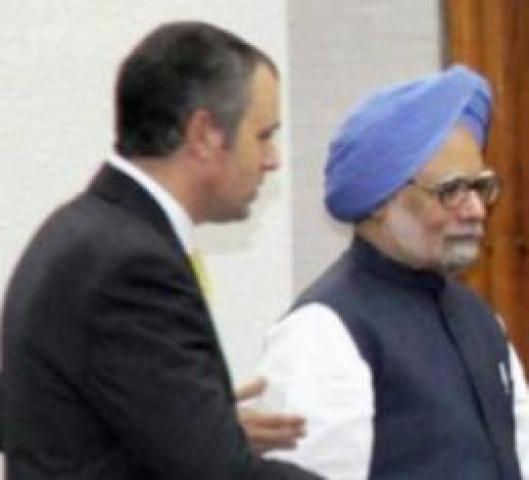 New Delhi/Jammu, November 19 (Scoop News) –Jammu & Kashmir Chief Minister, Omar Abdullah today met Prime Minister, Dr. Manmohan Singh and briefed him about the effects of this summer’s unrest in the Valley on the economic health of the state.

During the 30-minute long meeting, Omar briefed the Prime Minister about the damage done by the law and order situation to tourism, trade and other sectors of economic vitality.The Chief Minister sought complete review of the economic condition of the state at the central level and necessary help accordingly.

Omar Abdullah also discussed the security situation in the state and apprised Dr. Singh about the steps being taken by his government to bring general relief to the people.

Discussing matters pertaining to the losses, the State has incurred on physical and financial fronts, Omar enumerated challenges, Government is confronted with to make good the losses and move ahead on development front.

Dr. Singh assured looking into the issues and all help from the Central Government.

Omar Abdullah also met the Defence Minister, A. K. Antony in and discussed various matters relating to the State’s security and  development.

In about 40 minutes meeting the Chief Minister also discussed the issue of extension of with the Defence Minister. Omar Abdullah underlining the need for upgrading and expanding , said that State Government has already identified land in consultation with Army authorities to be provided to the Forces in lieu of the land required for expansion of .

Urging the intervention of Defence Minister in the early transfer of over 18 acres of land under the occupation of Army adjacent to the Airport for its expansion, the Chief Minister said that State Government would make available the identified land in lieu of this patch of land at Sunjwain as soon as the necessary clearance is received from the Wild Life Advisory Committee. “In case the identified patch of land is not cleared by the Wild Life Advisory Committee the State Government would provide an alternate land on mutually agreed and accepted terms by the State Government and the Army authorities”, he added.

The Jammu and Kashmir Chief Minister also emphasized the need of installing Instrumental Landing System at to make the landing and taking off flights smooth and safe during the fog and cloudy day.

The Defence Minister assured the Chief Minister of his support in both the matter.