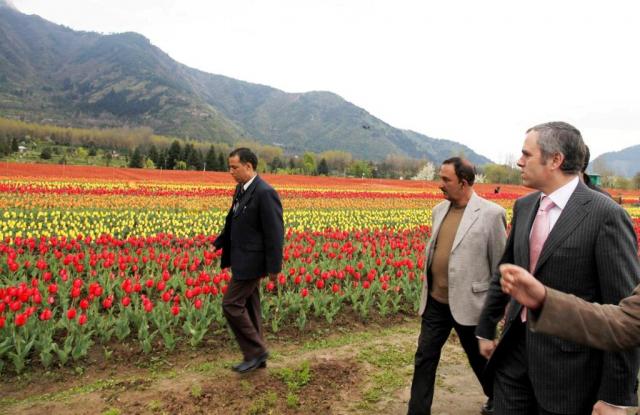 , April 12 (Scoop News) –    J&K  Chief Minister Omar Abdullah today said that sustained revenue generation in tourism industry is only possible  when the use of infrastructure is in a planned and cohesive manner and maintenance up to the mark.

Asking the department to work for creation of a Golf Development Authority, the Chief Minister said, “a golf circuit will augur well for promotion of tourism in J&K”.  He said RSGC is already an international golfing destination and shortly, courses at Pahalgam, Gulmarg and Sidhra will give an option to have round-the-year golfing calendar in the State. He said that being a high-end sport, golf can strengthen State’s tourism economy.

Omar Abdullah emphasized that upcoming golf courses must be equipped with standard infrastructure. He also called upon the department to ensure proper maintenance of revenue-generating assets like health clubs, restaurants, huts, pro-shops, pools, saloons and retreats within RSGC and other golf courses in the State. “Our focus should be to make RSGC, SKICC and other tourism bodies financially self-sustaining institutions so that they depend less on budgetary support from the Government,” he added.

Later, several important decisions pertaining to the development and improvement of RSGC were taken in the meeting of the Board of Governors chaired by the Chief Minister.