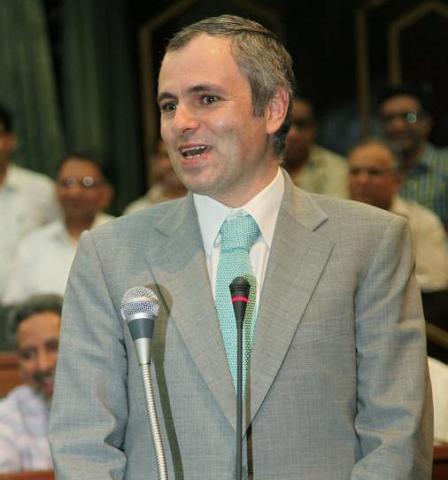 Jammu, April 1 (Scoop News) –     Terming current session of Jammu and Kashmir Legislative Assembly as the most successful and productive one during the last two years, Chief Minister, Omar Abdullah Friday appreciated the legislators for their positive and effective contribution in the conduct of business making special reference to the role of opposition.

“While opposition in the House appreciated the Government for the good work, it didn’t lose any opportunity to criticize the Government over the issues it viewed as not to be up to the mark”, he said and added that the Government without showing any rigidity towards the points raised by the opposition members incorporated their suggestions in Government proposals.

Omar was speaking on the conclusion of Budget Session in the Legislative Assembly this afternoon.

Highlighting the supremacy of legislature, the Chief Minister said that nothing is supreme than the Houses. “We are not required to prove it. I am here because of this House”, he said asserting that individuals are not counted for anything in democracy but the institutions, which choose to use the powers at their disposal, and that is purely their discretion”, he said adding that the privileges of the Assembly are to be determined by the Assembly and it has announced its decision in this regard which has been fully accepted and implemented by the Government. He was referring to the decision of the House relating to a senior bureaucrat.

Omar Abdullah said that in his opinion to pardon for the error or mistake is humane and denotes once dignity. “I have already spoken similar words in the House earlier”, he said referring to the apology tendered in the Legislative Assembly by the MLA Bandipore who had breached the privilege of the Chief Minister by circulating incorrect information against him in a press conference and the Chief Minister reacting on the apology of the MLA pardoned him. He called for similar attitude of the House towards the said senior bureaucrat.

On this occasion the concerned MLA stood on his seat and said that he has pardoned the officer concerned.

The Chief Minister expressed his gratitude to the Speaker for conducting the business most appropriately and showing highest degree of patience. He also praised the Assembly Secretariat including the Secretary, Mohammad Ramzan and the Government functionaries from Chief Secretary to the lower ranks for rendering stupendous duty for the successful conduct of Budget Session.

The Chief Minister reiterated his commitment to enhance CDF for legislators and said that the matter would be finalized soon.

The Chief Minister also appreciated the role of media in reporting the proceedings of the House impartially and in a professional manner.

The Chief Minister expressed the hope that the coming session of the legislature would also be held in a conducive and peaceful atmosphere at when the Valley would be full of tourists and with Mata Vaishnov Devi pilgrims.