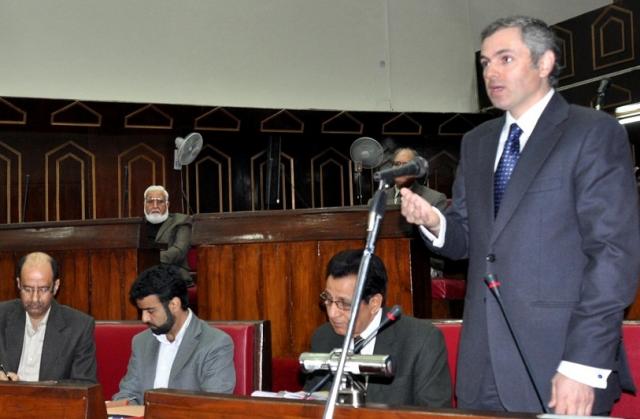 Jammu, February 25 (Scoop News) –     Chief Minister, Omar Abdullah Saturday said that coalition government has approved rehabilitation policy for the youth who have crossed LoC but want to return and live a peaceful life.

The Chief Minister was replying to a question raised by Murtza Ahmad Khan today in the Legislative Council.

“Though this initiative was opposed by the PDP dispensation during its tenure for which records of the legislature bear testimony”, he said adding that a mechanism has been formulated for the return of youth (some of whom have now become older) from across LoC.

“This step was aimed at rehabilitation of those who crossed LoC but not returned with the gun and wanted to be peaceful citizens of the State”, Omar Abdullah said adding that this initiative of the Government does not suit the neighbour, as such, the cases for their return are not being cleared by the neighbouring country.

The Chief Minister said that 1034 applications have been received from the concerned youth and 67 have been recommended by the Government whereas rest are in various stages of progress.