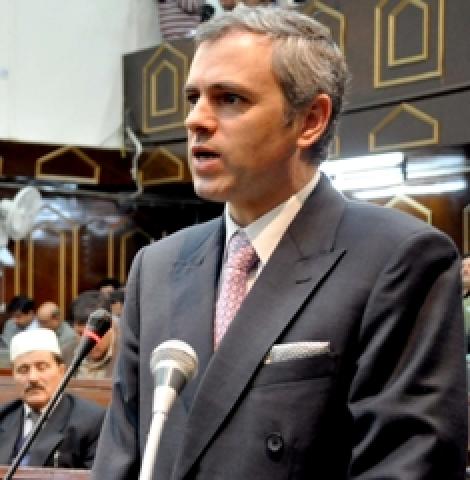 Srinagar, March 20 (Scoop News) – JK  Chief Minister, Omar Abdullah Tuesday morning reviewed the situation that has arisen due to last night’s windstorm in the Valley at an emergency meeting, he chaired here.

The Chief Minister received the first hand appraisal of the situation and took stock of the preparedness of government departments to face the challenge thrown by the natural calamity.

Omar Abdullah directed the administration to remain fully alert and at the beck and call of the people to attend to their needs. He also directed for sending teams to various affected areas to ascertain the losses and provide necessary succour to the affected.

Expressing solidarity and sympathy with the families affected by the tornado that lashed Kashmir Valley and parts of Jammu Division in the intervening night of Monday and Tuesday and continued in the morning hours on Tuesday, Omar Abdullah said that government is at their back and every effort would be made to help them to come out of the calamity inflicted losses.

The Chief Minister asked the PHE, PDD and other departments to take immediate steps to restore the public services wherever damaged due to windstorm. He directed the Health Department to ensure healthcare availability to the affected people on priority.

Later, the Chief Minister along with a team of officers visited various affected areas in and Ganderbal districts, interacted with people and ascertained himself the impact of the tornado. He assured the people that government would provide every help to overcome the difficulties and losses inflicted by the windstorm.

Omar Abdullah inspected various houses damaged in the windstorm, expressed sympathy with the affected and directed the officers for providing immediate relief.

A cyclonic wind storm started from afternoon of 19th March 2012, with an average speed of 24.7 knots and reached maximum speed of 40 knots. The minimum temperature increased by12 degrees above normal, due to steep pressure gradient over the Valley causing a wind storm, which resulted in damage to properties, in the Valley.

Due to gusty winds many tourist were evacuated from Dal lake to the shore, for their safety and accommodated in alternate hotels by the QRT of State Disaster Response Force (SDRF) led by Ghulam Haider Dy. SP and Ghulam Jeelani, SDPO Nehru park. At Pahalgam, a tree fell on a tourist hut resulting in damages to the hut. The tourist Sanjay Paul R/o Kolkata received minor injury and was rescued and provided treatment at SDH Pahalgam and is safe.

Extensive damages have been reported to the LT/HT network across Valley. 130 MW has been restored as against 900 MW. Work is in progress. All Deputy Commissioners have been asked to activate control rooms in their districts so that the rescue and relief can be coordinated. All commercial flights are operating normally, with slight delays. Situation is being monitored closely.

Divisional Commissioner, had ordered all schools to remain closed for the day for the safety of the students. All offices were, however, open and essential services were being restored on war footing basis.

The Chief Minister conveyed condolence to the family whose member has lost his life in the windstorm and prayed for early recovery of the injured in the calamity.