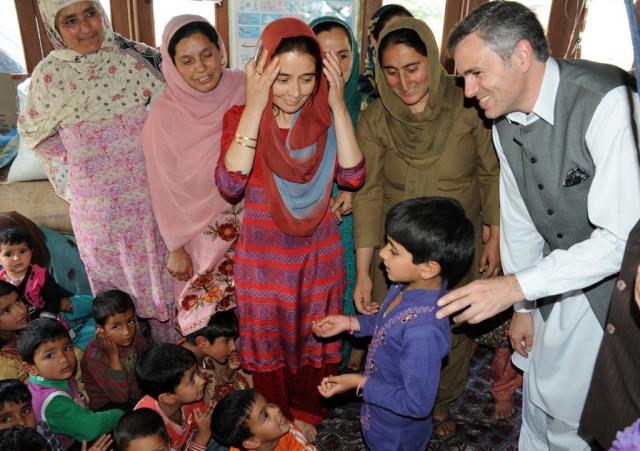 Receiving the status of various programmes, the Chief Minister was apprised that 15 schemes are presently being implemented in the constituency by the Social Welfare Department to reach out poor, destitute, needy, old aged, widows, orphan, downtrodden and students of weaker and poorer sections of the society.

It was stated that 2246 beneficiaries are receiving old age pension under Indira Gandhi National Old Age Pension Scheme each receiving a remuneration of Rs. 400 per month. An amount of Rs. 107.80 lakh has been spent under the scheme during the last year. Under Indira Gandhi National Pension Scheme 86 widows and 114 disable persons are getting pension at the rate of Rs. 400 per month. As many as 35 poor families have received one-time assistance of Rs. 10000 under National Family Benefit Scheme and 2617 women in distress were provided pension worth Rs. 62.80 lakh during the last year.

The Chief Minister also reviewed the financial and physical status of the schemes being implemented by Fisheries Department in Ganderbal. He was informed that upgradation of spring at Fish Farm and construction of Race Way has been completed at Pandach at a cost of Rs. 7.69 lakh while 15 Low Cost Houses have been constructed by the beneficiaries who received Rs. 25000 each for this purpose.

It was stated that three carp ponds involving Rs. 3.60 lakh, one trout pond costing Rs. 2 lakh and five low cost houses with Rs. 50000 assistance to each were completed during the last year in Ganderbal Constituency.

The Chief Minister directed the officers to ensure that the benefits of schemes aimed at ameliorating the lot of poorer and downtrodden sections of the society reach to them smoothly. He inspected various development works under execution in the constituency in Fisheries and Social Welfare sectors. Omar Abdullah visited various Anganwari Centres, took stock of their functioning and interacted with the children, tasted the food prepared in these centres. He also ascertained the health and welfare of the children enrolled in these Aganwari Centres.