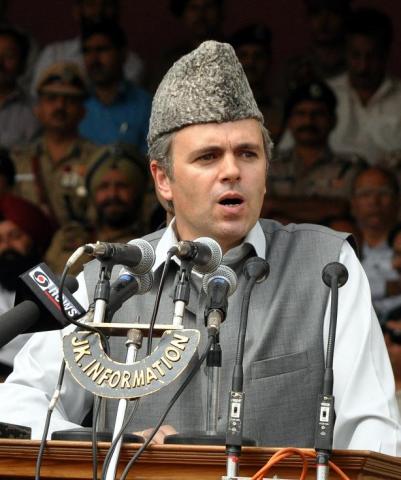 Jammu, September 06 (Scoop News) – J&K Chief Minister, Omar Abdullah while maintaining that the State Government would continue to strive for an amicable political addressing of Jammu and Kashmir in accordance with the aspiration of the people, said that efforts were on to break the ice on this count.

“In order to remove the political tension once for all, it is necessary to settle issues through sustained dialogue channels”, he said and assured that the interests of the State as a whole would be of paramount importance in this process.

Addressing public gatherings at Balwal () and Budhal (Rajouri) after inaugurating transmission lines and power stations, the Chief Minister highlighted the need of better relations between  andPakistan.

“Unfortunately the ties between the two neighbours have not remained palatable for most of the period for various reasons”, he said and emphasized on bringing about necessary thaw in Indo-Pak relations for the larger public interests and lasting peace. He said “ has been, is and will remain our neighbour and  has always played positive role in improving the relations between the two countries”.

“We want  to be prosperous and peaceful”, he said expressing the hope that Pak will also move forward positively in the peace process, fulfilling its promises and creating an atmosphere of trust to settle issues amicably. He said we wish to transform the bitterness in Indo-Pak relations into sweetness. “Hum duo hamsaiun ke tanaaw ko mithas main badalana chathe hain”.

Omar lauded the people of  division for showing highest degree of responsibility during recent law and order situation in the Valley and not falling prey to the propagandist and vested elements. “You have foiled all attempts made to destabilize the communal harmony and brotherhood by exhibiting your political maturity and astute”, he told them calling for standing united against the perpetrators of hatred.

He said that equitable development and justice to all sections of the society is the benchmark of his government and from the day first he has tried to give good governance and attend to the day to day problems pertaining to the development of the State. “During my electioneering I asked the mandate for addressing development issues and striking on unemployment problem”, he said adding that in the last 18 months landmark achievements have been registered in the five important sectors of Roads and Bridges, Health, Education, Water and Power supply.

“We want you to judge us for the performance on development front”, he said and assured that the coalition government would fulfill its all promises made to the people during election campaign. “In fact certain elements got frustrated by the NC-Congress coalition in the State and from the day first tried to disturb the law and order and tranquility so that the attention of the government gets diverted from the development scenario”, he said and warned the people of evil designs of such elements.

The Chief Minister said that his government wants to revive Panchayats and Local Body Institutions as early as possible to transfer power to these democratic units. “This would at one hand help to address specific development needs in the specific areas and on the other help to curb misappropriation and leakage of funds”, he said and asked the people for larger participation in the elections to the Bodies.

Omar said that his government has taken many employee friendly steps since its inception including implementation of 6th Pay Commission recommendations. “The government recently ordered reduction in the qualifying age for pension”, he said and impressed upon the government employees to render their service to the public with devotion and responsibility.

Filed under: Politics, World
Share Tweet Pin G Plus Email
previous article: HOW TO BECOME GOOD YOUNG DRIVERS
next article: BJP asked Omar to Quit due to failure of his government