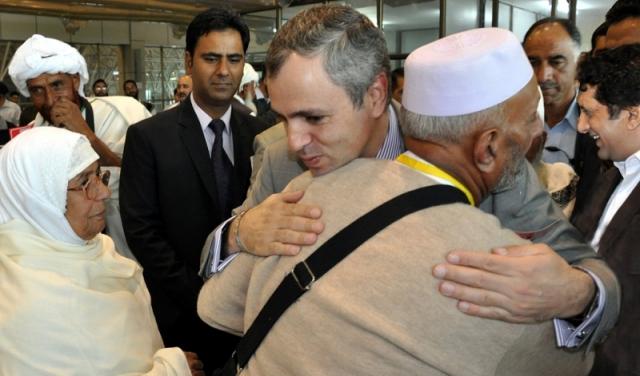 , October 17 (Scoop News) –   Chief Minister, Omar Abdullah this morning personally monitored the departure of the first batch of Aazmeen-e-Haj from .

Accompanied by Minister of State for Haj and Auqaf, Ajaz Ahmad Khan, the Chief Minister interacted with Haj pilgrims, enquired of the status of arrangements made for their stay and movement from the Bemina Haj House, and warmly sent them off.

Wishing them good health and success in their endeavour to complete the Manasik-i-Haj, and safe return to their homes, the Chief Minister asked them to pray for the peace, prosperity and well-being of the people of the State and the Country.