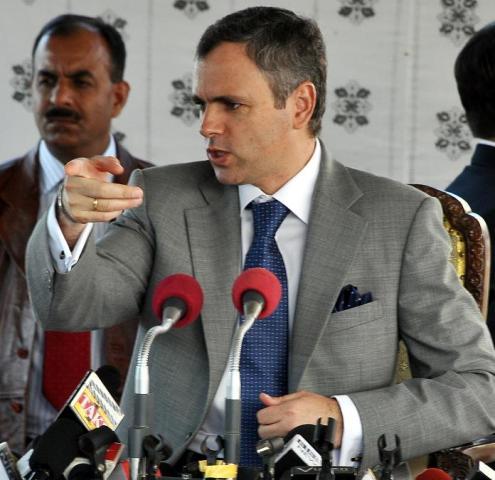 “We have started work on various mega, small and micro energy projects in the State and many more are in the pipeline but the focus should be on timeline completion of schemes and initiation of shorter gestation power houses to ensure relief to the people on this count in minimum time frame”, he emphasized.

Chairing the 61st meeting of Board of Directors of Jammu and Kashmir State Power Development Corporation (JKSPDC) here, the Chief Minister reviewed the status of various projects and directed for giving necessary impetus to implementation work.

The Chief Minister constituted a Sub-Committee headed by the Chief Secretary and comprising of Principal Secretary Planning and Commissioner Secretaries of Finance and Power Departments to look into the matters pertaining to the early launch of Rs. 2113 crore, 450 MW Baglihar-II.

Omar Abdullah laid thrust on speeding up the implementation process of 600 MW Kiru, 520 MW Kawar and 1000 MW Pakaldul hydro electro projects (HEPs) in joint venture with NHPC and PTC for which promoters agreement has already been executed which was also rectified by the Board.

The Chief Minister who is also Chairman of the JKSPDC gave approval to the proposal of taking up Rs. 409 crore, 50 MW Lower Kalnai HEP in the State Sector under Engineering Procurement and Construction (EPC) mode giving directions for its early launch. He also directed for speeding up work on Rs. 686 crore, 93 MW New Ganderbal HEP.

The Board was informed that bidding process for New Ganderbal HEP would start in August 2011 and work is likely to be awarded in September 2011. The project is expected to be commissioned in December 2015. The Lower Kalnai HEP is likely to be commissioned in 2015 while as Rs. 398 crore, 37.5 MW Parnai HEP is being awarded in September this year and its completion target is September 2015.

In a PowerPoint presentation, Managing Director, JKSPDC, Shaleen Kabra stated that Rs. 6080 crore 990 MW Karthai-II will be processed for bidding under EPC mode and is likely to be completed in 2017 while as Rs. 1257 crore 240 MW Karthai-I will also be implemented in the State Sector also under (EPC) mode. The project is likely to be awarded in 2011 and to be completed in 2017.

The Board was apprised about the status of execution of various projects including Sawalkot and the schemes in pipeline for new projects.

The Board reviewed the action taken on the decisions taken in the last meetings and also noted appointment of M. Y. Khan as Chairman of Joint Venture Company of JKSPDC, NHPC and PTC. The Board also took a detailed review of implementation of ERP in JKSPDC for bringing about overall improvement in the functional and operational performance of the Corporation and optimize resources to enable it to meet the challenges of future.

The Board also approved raising of a football team by JKSPDC and its plan to set up a to promote sports activities in the State.

The Chief Minister directed JKSPDC to encourage local talent and create opportunity for them to be important members of the team. “You should focus on nurturing local talent in football by giving them training through qualified coaches”, he said. adding that the Corporation should also raise the necessary infrastructure for the purpose.