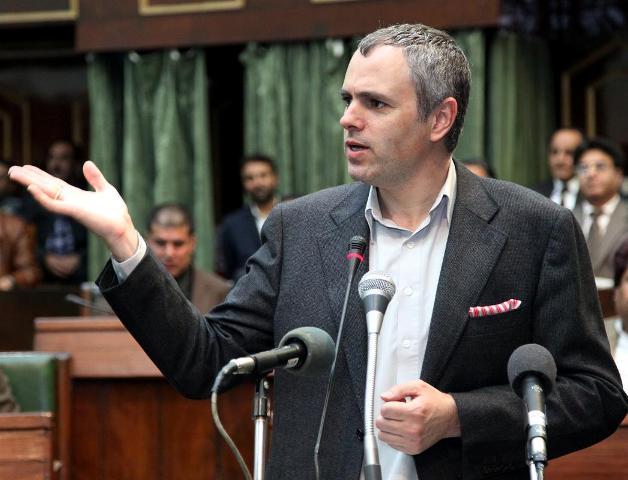 Jammu, March 05 (Scoop News)  – Asserting that his Government would not allow anyone’s highhandedness and atrocity against people whether it may be forces, police or so-called Ikhwanis, Chief Minister, Omar Abdullah Saturday told Legislative Assembly that he is committed to justice to all, equitable development of the State and peaceful resolution of political issues.

“I am in favour of constitution of Truth and Reconciliation Commission by the Centre Government to look into the questions being raised about disappearances of youth from custody, migration of Kashmiri Pandits, killings of political workers and various related issues”, he said adding that this would be appropriate step in the process of healing the wounds of bereaved. “In real sense compensation, SRO, appointments or financial assistance does not satisfy the affected families. They want answers to their questions. We should satisfy them on this count”, he said.

In his 101 minute reply to the discussion on Governor’s Address in the House, the Chief Minister said that time has come when the bereaved people should get full facts about every aspect. He suggested a resolution from the State Legislature to this effect for action by the Centre Government.

Omar Abdullah said that from the day first his Government took over it concentrated on highlighting the political resolution of political issues of  at all forums. “We said that unemployment, gun-culture, financial crisis compounded the problem but political addressing of the issue in a political manner is only viable means to address the problem”, he said adding that every problem in the State is off-shoot of political issue. “I want to keep it on record whether anybody likes it or not, that political issue of  is a reality and cannot be changed”, he said.

The Chief Minister said that our efforts in this regard helped in the constitution of a team of Interlocutors by the Centre which is actively engaged in dialogue with all shades of people and has started a political discourse.

The Chief Minister said the political issue of the State was recognized by the Parliament and Union Home Minister, P. Chidambaram made it clear in both the Houses of Lok Sabha and Rajya Sabha that accession of Jammu and Kashmir to India was in unique circumstances and its political issues have to be dealt uniquely.

Omar Abdullah said that the main opposition party in the State is surviving on circulating falsehood and indulging in double speaks. “Its Patron when in Government for three consecutive years spoke in favour of Governor’s Address from the Treasury Benches and felt nothing good about separation politics. He has now publically announced that there is no difference between the policy of PDP and that of separatists. We have no objection in his taking U-turn and changing the goals. But PDP should stick to this change. What is it that his highest leader in the party (Muzaffar Hussain Baig) kept no stone unturned in the House today to present Mufti Sahib as the loyalist person of Indian Union holding the Indian Flag high for last 30 years”, Omar said.