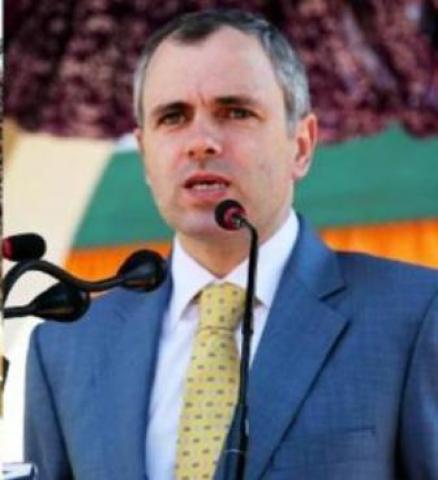 Srinagar, June 01 –  (Scoop News) –     Chief Minister, Omar Abdullah Wednesday said that he would take up the issues of cross LoC trade with the Central Government to make the mechanism more facilitating and easy for traders.

“I would take up with the Centre the issues of creating banking relations and communication facilities between the traders of the two sides besides stressing on freezing of the commodity list for at least one year identifying items of business so that there will be no ambiguity about the trading of various commodities”, he said adding that these aspects are essentially required to flourish the trade and give it a concrete edifice.

Talking to a delegation of Cross LoC Traders’ Association at Awami Mulakat here, the Chief Minister said that he would also convene a high level meeting of all concerned to look into other issues pertaining to the cross LoC trade.

In his interaction with a deputation of Shawl-makers Association, the Chief Minister indicated his Government’s keen interest in the development and growth of indigenous handicrafts and the welfare of artisans associated with this industry. He assured the deputation that everything required would be done to curb the practice of trading spurious items in the name of ‘Kashmir Handicrafts’.

The Chief Minister told the doctors’ deputation that the proposal for establishment of Nero-Anesthesiology Department in would be examined and steps taken in this direction. He said his Government flags health sector as one of the most important concerns. “Its expansion and consolidation to provide modern healthcare facility universally in the State is our priority”, he added.

To the deputations of J&K Casual Labours Association, SKIMS Technicians Union, All Kashmir Regularized Migrant Substitute Teachers Association, Agriculture Skilled Labours Union and J&K Handicrafts Employees Union, the Chief Minister said that Government has formulated a mechanism of regularization of adhoc employees and the strategy in this regard is being finalized.

The Chief Minister ordered the SSP, to look into the complaint of a French couple,  Farel and his companion, who met the Chief Minister at the Awami Mulakat and brought to his notice the issue of holding up of their money by a trader.

The Chief Minister also gave on-spot orders for redressal of the grievances of various individuals and deputations pertaining to the construction of roads, drains, lanes, replacement of transformers, settlement of compensation cases, eviction of forces from the private property, assistance for treatment, allotment of accommodation, etc.

In the third consecutive ‘Wednesday Awami Mulakat’, the Chief Minister met to 55 deputations and hundreds of individuals from all across the Valley and heard their grievances on various counts.

The deputations from Khannabal, Chadoora, Anantnag, Tral, Pulwama, Srinagar, Ganderbal, Bandipora, Baramulla, Sopore, Kupwara, Salamabad, Budgam, Khan Sahib, Beerwah and many other places during their interaction took up the issues of development with the Chief Minister and sought his intervention in the resolution of problems on this count.

A deputation of Youth Service and Sports brought to the notice of the Chief Minister matters pertaining to their organization while a deputation of NGO from Noorbagh area highlighted the concern of dog menace in the city and asked for immediate attention by the SMC towards this issue besides construction and improvement of lanes and drains.

A deputation of Kashmiri Pandits sought the Chief Minister’s help in sorting out the issue of their accommodation while a deputation from JK Cements Employees presented resume of their demands.

A deputation from Tral discussed the issues of declaring area as a Pahari area and matters pertaining to construction of Khankahi Fazpanah while a deputation from Khannabal brought to the notice of Chief Minister the issue of widening of road and acquiring of private property for the purpose.

The Chief Minister gave patient hearing and assured that the genuine demands and grievances of all deputations and individuals brought to his notice would to duly considered and examined urgent action.

Filed under: Politics, World
Share Tweet Pin G Plus Email
previous article: Stress and how to deal with it
next article: FPC members visiting Holy Cities