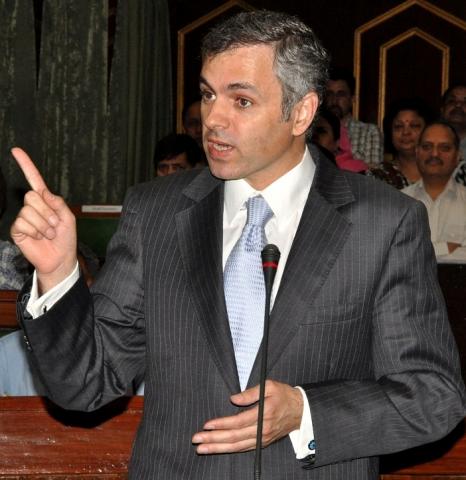 Jammu, April 04 (Scoop News)  Underscoring the importance of converting the Cross LoC Trade from present Batar status to normal trading pattern, Chief Minister, Omar Abdullah Wednesday sought the support and endorsement of the Legislative Assembly to his endeavour aimed at asking Prime Minister of India to discuss the issue with the visiting President of Pakistan in the meeting taking place between the two leaders in New Delhi.

While intervening during the Question Hour in the Legislative Assembly, the Chief Minister said that the Cross LoC Trade has not flourished for non-application of normal trading practices and restricting it to Batar trade only. He said unless telephone, banking, financial and other normal trade related facilities are created for the traders of the two sides, the Cross LoC trade would not accrue the benefits.

Omar Abdullah said that his government has brought this point home at the Union Government level earlier and he would like the House to support him in requesting the Prime Minister of India to discuss this important CBM with the President of Pakistan in the proposed meeting between the two leaders.

The House unanimously supported the Chief Minister’s point of view when the Speaker asked the members about the same.

Omar Abdullah said that two CBMs relating to the operation of Cross LoC Bus Service and Trade between the two parts of were put in place. He said while the frequency of Bus Service and the stay of travellers were enhanced, the necessary correction in the trading pattern did not take place hampering the progress of the trade. He said presently it is simply a Batar Trade and the traders are not aware of the marketing fate of goods they send across the LoC because they cannot talk to each other and there is also no flow of money instead goods are traded on exchange basis.

The Chief Minister said that Cross-Border Trade between Indian and Pakistan at Waga and between India and China in Sikkim do take place but there is Line of Actual Control between the two parts of the State as such the traders do not avail the facilities and trading practices available in Cross-Border Trading. “We have to endeavour to develop requisite trading facilities and strengthen the trade and enhance it further”, he said stressing for developing telephone communication, banking, financial transaction and other facilities between the traders of the two sides.

Omar Abdullah said that necessary infrastructure for trading has been established which is being further developed. “The only requirement is to transfer the trade from present status of Batar Trade into a normal trading pattern.