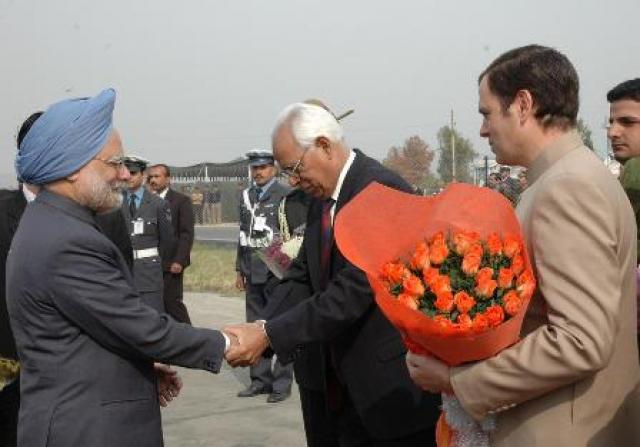 New Delhi,September 08 (Scoop News) –   Jammu and Kashmir Chief Minister Omar Abdullah in an half an hour meeting with the Prime Minister Dr. Manmohan Singh here today reiterated the need to move forward on the issue of AFSPA and said that the revocation / amendment of AFSPA is the need of the hour and a step in this direction will be a leap forward to touch the hearts and minds of the people of Kashmir.

Omar Abdullah urged the Prime Minister that the state government wanted the Union Government to consider either amending the AFSPA (Armed Forces Special Powers Act) or removing it initially from a few areas of the state where the security situation has improved.

The Chief Minister who has been consistently following the revocation / amendment of AFSPA explained in detail the different aspects of the situation to the Prime Minister and hoped that the Union Government will respond positively to this suggestion of the state Government.

The Chief Minister emphasized the need for addressing the political aspects of Jammu & Kashmir issue through political initiatives for lasting peace in the state. In this regard he (Omar) also underscored the need to work out a mechanism to start a process of dialogue with all shades of opinion in the state.

The Chief Minister briefed the Prime Minister on the ground situation in Jammu & Kashmir and gave him a detailed perspective of the happenings in the state.

Omar Abdullah thanked Dr. Manmohan Singh for the support extended by the Union Government to his government during the current unrest in the valley.

The Chief Minister also met the Union Home Minister P. Chidambaram and briefed him on the situation in the state.

Omar Abdullah who reached the capital this afternoon is also likely to meet the Union Finance Minister Pranab Mukherjee and the Union Defence Minister A.K. Antony here before his return to tomorrow afternoon. He is likely to brief the two Union Ministers about the need for revocation / amendment of AFSPA in the State.