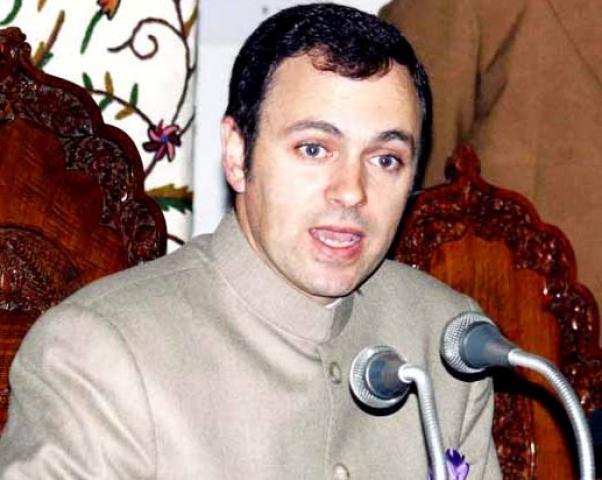 Jammu, February 03 (Scoop News) – J&K Chief Minister, Omar Abdullah today while describing discipline and patience important ingredients in the success of one’s life,asked the youth to inculcate these spirits to the optimum.

Addressing a contingent of NCC cadets who called on him here after participating in the Republic Day celebrations at , Omar Abdullah said that controlling passion and resorting to restraint at the crucial junctures in one’s life are hallmark of victory over the challenges.

Omar Abdullah said young blood is like the hot iron and can be molded in the form whatever one intends. “There are many who want to exploit youth taking advantage of their adolescent age and misleading them through many ways”, he said and advised the youth to be vigilant and pre-prepared to negate all such attempts of the exploiters.

The Chief Minister said the other benchmark in the life of youth should be hard work to achieve the targets. “Inculcation of the temperament of hardworking in you would make your goals easy to realize”, he told the contingent adding that the spirit of friendship, love, brotherhood and good relations they receive as NCC cadets should be nurtured and propagated throughout their lives.

Omar said that the cadets can play an important role in creating a discipline, hardworking and honest society. “Your experience, awareness and confidence as better individuals could be inspiring for others to imbibe”, he said and complemented the cadets for receiving 7th position in overall performance at the national level.

“I hope in the days ahead, you will be topper bringing laurels to the state”, he said adding that the graph of the performance of cadets shows visible improvement. The Chief Minister wished well being and success to the youth in general and NCC cadets in particular.

The Deputy Director General, NCC, , Brig. Thomas George who presented the contingent of 103 NCC cadets to the Chief Minister, in his address said that the grading of J&K NCC cadets has improved from 9th position last year to the 7th position this year. “Our cadets received first position in Army, 2nd in Culture and line areas”, he said assuring further upgradation next year.

Brig. Thomas said that there are 22000 cadets enrolled in the State and more than 700 take part in national level activities every year. “Though ours is not a big enrolment in comparison to other states where the number of NCC cadets is in six figures, yet the Jammu and Kashmir is one of the top ranking directorates so far as the performance at national level is concerned”, he said.

He thanked the Chief Minister for spending his time with the cadets, and encouraging and advising them.

The Chief Minister also interacted with the cadets and shared his experience in the field with them. The cadets also narrated their experience and feelings of participating in the NCC camps and Republic Day celebrations.