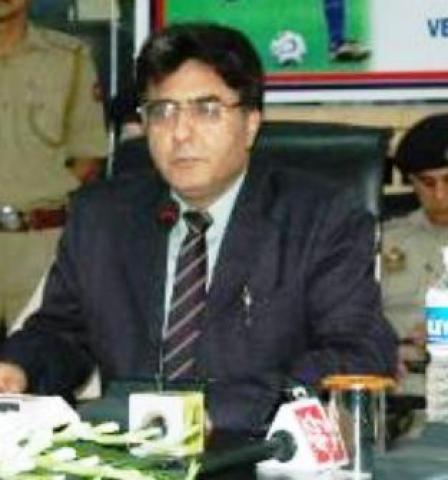 , April 03 (Scoop News) –    The Director General of Police (DGP),  Kuldeep Khoda has stressed upon the police officers to evolve an effective mechanism and planning for getting more public cooperation to ensure peaceful summer and Yatra 2012. He has also stressed for greater synergy at all levels to ensure a peaceful atmosphere in the State.

Khoda was addressing a high level meeting of police, civil and para military officers held at Police Control Room Srinagar this afternoon. The meeting was convened to review the security arrangements for the ensuing Amar Nath Ji Yatra. He stressed upon the officers present in the meeting to maintain close coordination with their ranks and other agencies to achieve better results.

Giving the credit for the smooth conduct of last year yatra to the people of the State, he said that it securely goes to the people who ensured a peaceful atmosphere in the State during the summer. He said that last year large number of pilgrims visited the holy cave and with the people’s cooperation and coordination among various security agencies, the yatra ended peacefully. He emphasised to interact with the people and seek their cooperation in making this year yatra also peaceful. The people of the State have remained always peace loving and e shown their generousness towards the pilgrims.

The meeting also discussed law and order situation in the valley and reviewed the summer preparedness for making a successful tourist season. The meeting was told that all required arrangements have been made to prevail a congenial atmosphere so that the valley witnesses a large flow of tourists during the summer months.

Khoda reiterated that people’s cooperation is mandatory for maintaining law and order and all ranks of the force should be made responsible to gain more public faith in the law of the land. He said that all required traffic arrangements should be made to ensure comfortable movement of tourists and yatries without causing inconvenience to the local commuters.