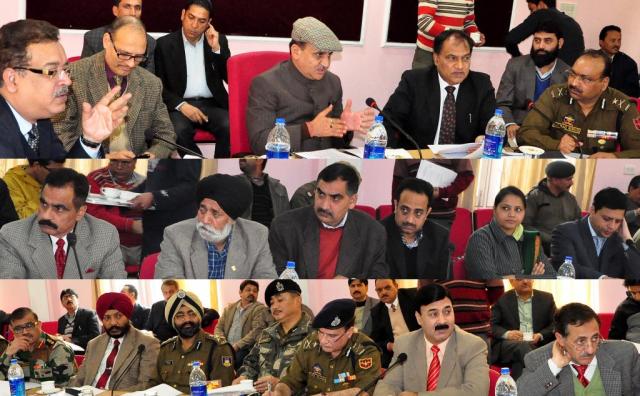 Jammu, December 17 (Scoop News) –To celebrate Republic Day-2013 with great pomp and show and to ensure maximum gathering at the venue, Deputy Chief Minister Tara Chand on Monday convened a high level meeting of officers of civil and police administration and discussed arrangements for the ensuing Republic Day celebrations.

Deputy Chief Minister enjoined upon the officers for close coordination among all departments to ensure successful celebration of the Republic Day function. He said that while making arrangements it should be ensured that least inconvenience is caused to the common people. He asked the officers present in the meeting to adopt public friendly approach while implementing the arrangements and ensure that people do not face any difficulty during their participation in these celebrations.

Deputy Chief Minister stressed that the main focus has been laid down for hassle free entry of people to the venue. He also stressed for ensuring maximum participation of the students at the venue.

It was informed in the meeting that traffic department will ensure deployment of adequate number of Traffic Police officials besides ensuring uninterrupted movement of the vehicles of VVIP’s and that of public around the venue on the day. SRTC buses will be arranged at various locations to ferry the students to the venue.