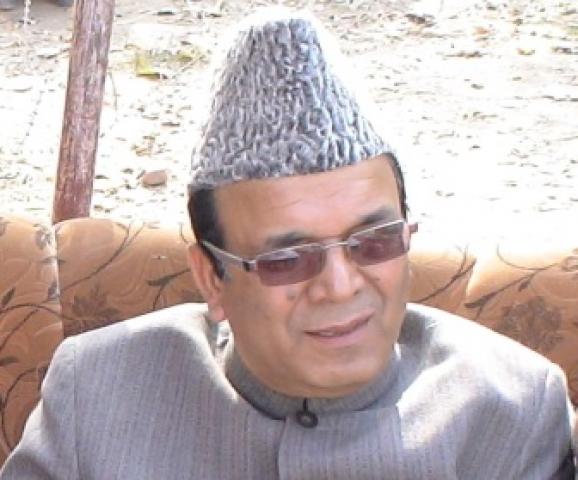 New Delhi/Srinagar, July 21 (Scoop News) -A meeting of the Empowered Committee of State Finance Ministers was held here on Wednesday to deliberate upon the issue of implementation of Goods and Service Tax in .

Commenting on the developments that have taken place since initiation of idea of implementation of GST in the country, the issuance of first discussion paper and the comments from Government of India,  Rather placed the views of the Government of Jammu and before the participants.

Apart from expressing views on thresh-hold limit, subsuming of various taxes, inclusion of alcohol and petroleum in the GST fold, application of destination principle in respect of business to business and business to consumer transaction and urgent need to develop IT infrastructure, the Minister specially made mention of the constitutional position of the State of Jammu and Kashmir with regard to tax on Goods and Services.

Deliberating on this issue, the Minister said that the legislature of the State of has the legislative competence to enact laws on various subjects including those specified in list II of the schedule VII of the Constitution of India by virtue of special dispensation to this .

Rather said in contrast, the State of Jammu and Kashmir being already competent to tax goods as well as services unlike other states would not get additional authority in lieu of its surrendering the exclusively authority to tax the goods except a share from the Central Divisible Pool on account of service tax which as of now is available to other states but for Jammu and Kashmir, as the provisions of Indian Service Act have not been allowed to be extended in the State till now.

Pleading the case of the State, the Minister emphasized that the constitutional and financial autonomy of the State has to be protected adequately in the new GST regime to obviate intrusion in the financial sovereignty of the State. A robust and independent mechanism needs to be put in place to ensure 100 percent compensation along with adequate growth rates for any loss that may be suffered by the State, he added.

Reiterating the stand of with regard to purchase tax, the Minister suggested subsuming of purchase tax in GST. This, he added, was very necessary to protect the interests of the consumer states like as the consumers of these states shall be saved from the additional burden of purchase tax charged by the exporting states. He said that in case the exporting states are required to be compensated, a separate mechanism for compensation needs to be evolved rather than forcing the consumer states to take this burden.

Later,  Rather along with other Finance Ministers of the Empowered Committee met the Union Finance Minister,  Pranab Mukherjee to place specific point of view of Government for consideration of the Central Government while legislating on the constitutional amendment in coming monsoon season of the Parliament.