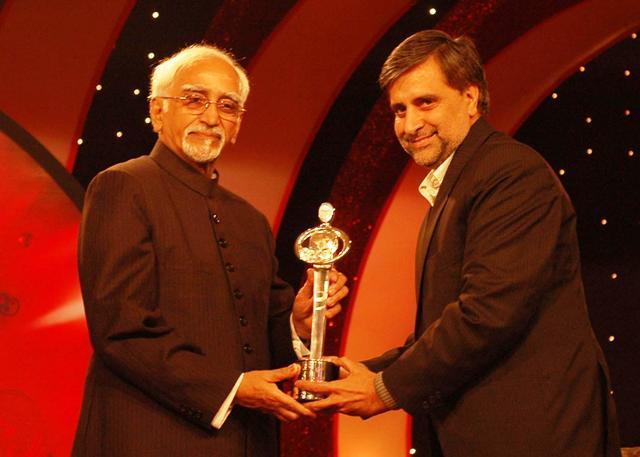 New Delhi/Jammu, February 24 (Scoop News) –  The Jammu and Kashmir Forest Department has achieved another remarkable feat by receiving Diamond Small state environmental award for being adjudged as best in maintaining the state’s environment and ecology.

The state has also the distinction of being honoured with Indirapriyadarshini Vrikshamitra Award for last two consecutive years.

On the occasion, Mian Altaf said that natural landscape of J&K exhibits rich biodiversity which makes the state a perfect destination for tourists from world over.  He said the fresh measures   for   the conservation of  state forests and environment  became  possible due to the personal efforts of Chief Minister Omar Abdullah  despite the fact the tourist flow is at large in all seasons in the state.

While listing the major initiatives taken by the Forest Department in this direction, he said that in view of ever increasing environmental challenges and concerns the state has  taken series of  measures to ensure management of natural resources . He said these measures aim at environment friendly and sustainable economic growth.

“The state has taken up the process of strengthening the network of sewerage treatment plants (STPs) in the capital cities of and to ensure that only treated waste water is discharged into water bodies” , the Minister informed.

He further added that state has about 16000 sq. km under the protected area network, with 5 national parks, 14 wildlife centuries and 35 reservoirs. He said the state government has accorded  highest priority to   environmental conservation  as the Forest Survey of India has already recognized the   Jammu and Kashmir  in increasing the percentage of forest and tree cover in the state  which bagged  the state two Indirapriyadarshini Vrikshamitra Award for  last two consecutive  years.

He also said that the state government is encouraging eco-tourism in order to generate employment opportunities, while it has two Acts empowering the government with strict environment protection laws   .

Mian Altaf thanked the IBN7 (CNN) for recognizing the commendable work of the state Forest Department of Jammu and Kashmir   in maintaining the State’s forests and its environment.