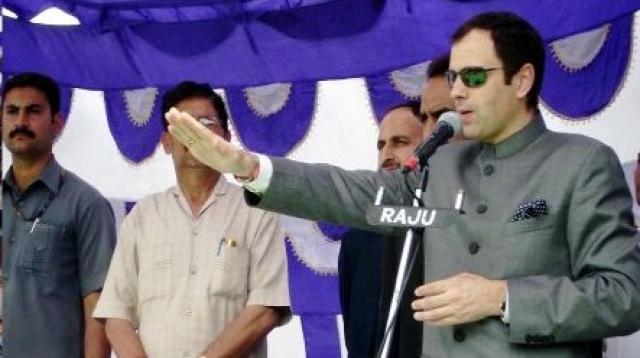 In case of Consumer Affairs and Public Distribution Department, the Cabinet decided that the department will examine its proposal for engagement of 7,000 causal/seasonal labours, in greater detail for further consideration and order of the Cabinet.

An expenditure of Rs. 143 crores on the scheme would be met as per the arrangement which envisages loading of Rs. 23 crores on the cost of new projects under implementation, enhancing the existing provisions in the non-plan maintenance budget of the respective departments to the tune of Rs. 40 crores and Rs. 80 crores as maintenance provisions in the Annual Plan 2010-11 in different sectors.

In another decision, the Cabinet approved the creation of 10 posts of Chief Executive Officer/Secretary, Accounts Officer, Section Officer, Accountant, Accounts Assistant, Senior Assistant, Junior Assistant, Driver one each and two Orderlies in the J&K Building and Other Construction Workers Welfare Board.

Filed under: Politics, World
Share Tweet Pin G Plus Email
previous article: A-1 Careers
next article: Mufti Sayeed, as a CM of J&K has set an example of good governance:NC MLA