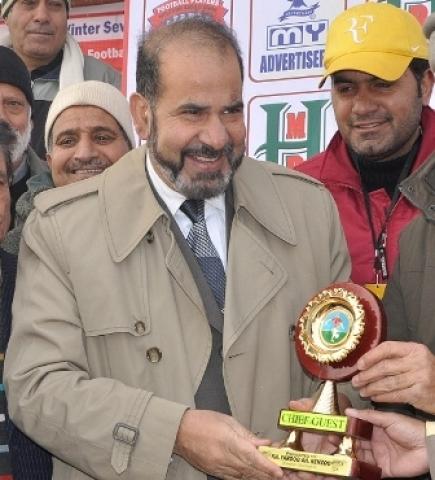 Srinagar, February 6 (Scoop News) – In one of the significant Administrative decision with regard to settlement of seniority positions govt. today issued order. No. 191/GAD of 2013 dated 6-2-2013 for fixation of the seniority position of F A Renzu by making amendment in seniority list of KAS officers of 1999, Now with this amendment  Renzu’s seniority has been elivated in the said list from No. 167 to 44A1   with immediate effect and fixed above M A Bukhari IAS,  M Abbas Dar IAS, Ms. Shagufta Parween IAS, Mr Sheikh Mushtaq IAS Mr M Afzal Bhat and other hundred officers.

The seniority position of  Renzu remained as a legal battle for the last 28 years, Earlier on the same analogy the seniority position of M A Bukhari was re-fixed in 2003-2004 by making similar amendments of the seniority list of KAS officers of 1999 and his position was elevated to 44B. He was consequently on the basis of elevation in seniority position he became entitled for IAS also. In his case analogy of High Court directions given in Sheikh Nazir’s case became valid reason and accordingly he succeeded on such analogy in Hon’ble Courts including Division Bench. Even some officers had approached the Supreme Court against his division bench judgment. However the case against Ashraf Bukhari filed by various officers was dismissed as withdrawn.

The Govt. while implementing the Judgment in favour of Mr Bukhari in 2003-2004 could not implement the same in favour of other left out officers. F.A. Renzu who had topped PSC examination in the information carder in 1980 also was entitled for the similar effect above Ashraf Bukhari, however the  Govt. at the time preferred to challenge his claim in the Division bench in case entitled Sheikh Nazir v/s state, However the Division Bench on 10-06-2011 comprising of Justice Hakeem Imtiyaz and  Justice Husnain Masoodi up held the single bench decision of  high court delivered by  Justice M Y Kirmani in favour of seniority position of Mr F.A. Renzu since then the matter was in the GAD waiting for implementation. The matter was also reffered in December 2011 to Law department and the Law department gave its opinion in January 2012 for its implementation in letter and spirit.

The matter remained further pending in GAD for further process. Now the Govt. decided to implement the orders of  High Court and division bench accordingly on the basis of law department opinion. The  Chief Minister of J&K State gave approval for fixation of F.A. Renzu’s seniority w.e. of 1999 above Ashraf Bukhari and other officers figuring below him. The orders were issued by GAD today on February 6, 2013.