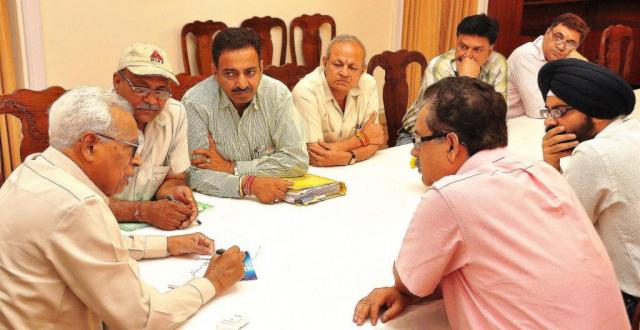 The deputation was led by  Vijay Thakur, President, and  Rajan Gupta, General Secretary of SABLO.

Interacting with the deputation, the Governor emphasized that the Langar service should be ensured for the Yatris at all the identified places till the conclusion of the pilgrimage, to avoid any inconvenience to the Yatris. He urged the Langars to provide food as per the Diet Chart circulated to them, which takes into account the nutritional requirements of the Yatris, particularly in view of the high altitude and difficult climatic conditions in the Yatra area. The Governor also stressed the crucial importance of maintaining hygienic conditions in and around all Langars, during the entire Yatra period, for protecting the environment of the area.

The SABLO deputation assured the Governor, who is the Chairman of the Shri Amarnathji Shrine Board, that they will fully regard his direction and devote special attention to maintaining cleanliness in the entire Yatra area, particularly in and around the Langar areas. They thanked the Governor for taking several new initiatives for progressively upgrading the facilities for the visiting pilgrims. They also put forward several suggestions for improving the Yatra facilities.